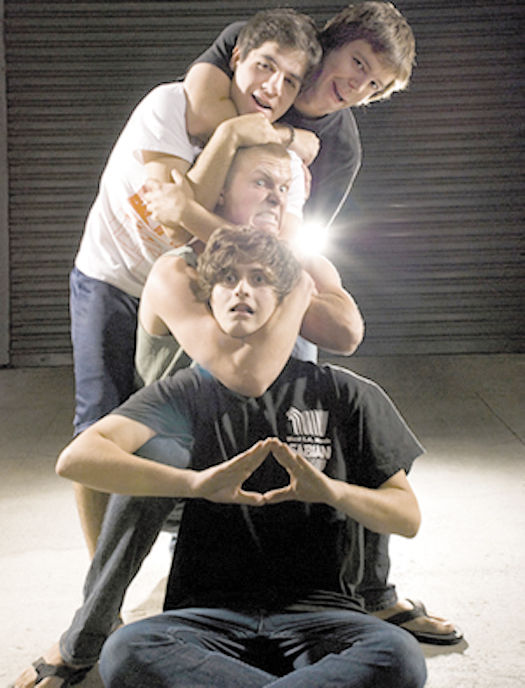 Nineteen-year-old Michael Gossard, the frontman for alternative rock band ACIDIC, got into music for the same reason many people do: to entertain.
It’s how they are doing it that is novel, by being as assessable as possible.
“Our goal is to be there, and be the most accessible band on the planet. We give out our personal information so that fans can call us, get in touch with us whenever,” Gossard said.
When the vocalist/guitarist and his band first started up, they were all in high school. Gossard knew the bass player when they were kids, and the band found their drummer by posting a flyer in every school they could get to in the Los Angeles area.
“Two and a half years ago, we started playing clubs in Los Angeles,” Gossard said. “Then we met up with our producer, and ever since it’s been famous. We’ve been having a wonderful time.”
A wonderful time is an understatement. Since their debut, they have gone on tour with Alien Ant Farm, Marcy Playground, Filter,  Hawthorne Heights and the Higher. They’ve been to Germany and Kosovo on an Armed Forces Entertainment tour. Their first album, Getting Lucky (released in 2010) had a single that reached into the stratosphere, no pun intended. ‘Strata Red’ won the Alternative category in Billboard’s 2011 WorldWide Song Contest.
Now they are the opening act for Fuel, and are playing at the Texas Longhorn tonight, beginning at 8 p.m. The venue is smaller than their used to, but that doesn’t matter, because Gossard said their energy doesn’t depend on the amount of people in the audience.
It doesn’t hurt, of course, and one of Gossard’s signature moves is to get right down in the pit and perform next to listeners.
“We have something special. I will leave the stage and go down into the crowd personally,” he said.
Going into a roiling mass of people to perform a part of your set does take a bit of courage, Gossard contended.
“Still, I’ve never had anyone freak out on me or anything. Some people get really shy, but some people are very into it.”
Musically, the band draws from modern alternative sources. “My main musical influences are Green Day, this Canadian band called Billy Talent, Led Zepplin, a little bit of the Foo Fighters, a little bit of Rise Against. It’s just a good old fashioned alternative rock and roll.
That’s not to say that they band doesn’t have a certain amount of technical proficiency. Gossard and his group follow the base underlying rock and roll, and heavy metal.
“I find that a lot of rock and roll is blues based, and a lot of metal is jazz oriented. If you listen to the time signatures, you can see the jazz. And rock and roll has choruses, which comes from the blues side,” he said.
Gossard does dual duty, playing guitar while performing lead vocals on their songs. It’s daunting, mixing two kinds of music together on stage, but it comes to Gossard naturally.
“You know, you get into a groove. It seems difficult at times, and there is one syncopation that I do tend to have difficulty playing. But you get into an absolute groove. The adrenaline flows and the crowd starts up, and the groove happens,” he said.
All in all, it’s about having a good time and putting on a good show.
“We love to be elegant dudes while still being bad ass rock and rollers,” he said.

ACIDIC opens for Fuel tonight at the Texas Longhorn club in Vinton at 8 p.m. They have a website where you can hear samples of their music acidicband.com and a Facebook Music page. 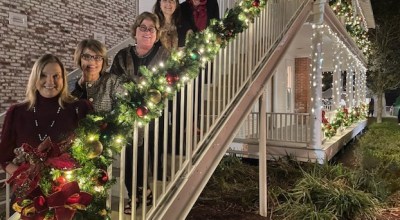 Editorial: President Obama should back off contraception mandate