ALEXANDRIA — An LSU AgCenter weed scientist speaking at a field day on July 13 at the Dean Lee Research and Extension Center warned farmers about ragweed infestations in their fields.

The weed can become a major problem quickly if it is not controlled early. Ragweed parthenium often germinates after spring burndown herbicide applications and is not discovered until after crops have emerged, Stephenson said.

Applications of certain herbicides prior to or at planting can provide control of an existing population, he said.

Current research shows that after crop emergence, control options are limited, but Stephenson recommended sequential applications of either Liberty, Liberty plus Roundup PowerMax, or Roundup PowerMax plus a half pound per acre of dicamba.

Stephenson said it’s likely the weed has been spread by equipment.

“Ragweed parthenium is a very troublesome weed that is difficult to control with herbicides,” he said. “If a producer sees it in their field, they need to remove it.”

Dan Fromme, AgCenter corn, cotton and grain sorghum specialist, said the Louisiana corn crop got off to a good start and looks promising. Rain was not excessive early in the season, which had been a problem in the past few years, he said.

Cotton has had a more challenging year. Fromme said some fields look good, and others do not.

“It’s not very consistent this year,” he said. One of the most common calls he has received this year is about cotton cutting out too early, which often is the result of frequent rains compacting the soil and preventing plants from fully developing root systems.

“I’m very impressed at what our soybean crop looks like given what it’s been through,” he said, referring to frequent rains that normally would encourage disease problems.

Aerial blight has not been much of a concern yet, although farmers should scout their fields for it, looking deep into the plant canopy for symptoms. “This disease can be very deceiving” because it tends to flare up quickly, Padgett said.

Some nematode issues have surfaced recently, he said. The type of nematode — root knot or reniform — determines control options, which include nematicides and crop rotation.

AgCenter entomologist Jeff Davis said redbanded stinkbugs are not as much of a problem in soybeans as he expected this year. The warm winter should have given the insect pest a boost, he said, but farmers should remain vigilant at monitoring fields. “Scout early and scout often.”

Redbanded stinkbugs feed on legume cover crops, such as winter peas and crimson clover, so they should be avoided in fields where soybeans will be planted, he said.

AgCenter entomologist Sebe Brown said insect pressure in cotton is inconsistent across the state. Farmers who planted cotton late should watch for boll worms, which have begun moving from corn into cotton in the past couple of weeks.

Brown also told about a project investigating whether farmers can afford to lose some cotton squares to insect injury. He has found that plants that lose up to 60 percent of squares in the first week of bloom “overcompensate” and will do well for the rest of the season.

“We may not have to be so overaggressive in the early season,” Brown said, noting that multiple pesticide applications are usually needed to protect all squares, which is expensive.

AgCenter plant pathologist Trey Price said northern corn leaf blight has been an issue in some fields where corn was the previous crop and reduced tillage and susceptible hybrids were used. The overall corn crop looks good, but some late-planted fields required treatment for southern rust, he said.

Cotton farmers should scout for target spot low in the canopy, Price said.

Frogeye leaf spot in soybeans has been light so far, but Cercospora continues to be a problem. “Unfortunately, we do not have any fungicides that are consistently effective,” he said.

Breeding for variety resistance to Cercospora is underway, but it is complicated because multiple fungal species cause the disease.

Target spot can be found in most soybean fields, but it rarely is a significant problem, Price said.

Jimmy Flanagan, AgCenter county agent in St. Mary Parish, talked about drone use in agriculture. Technology has evolved that will allow farmers to find out a crop’s needs before a consultant can visually identify problems on the ground, he said.

“It lets us be proactive instead of just reactive,” but the data gathered in a flight have to be analyzed by an expert before any decisions can be made, he said.

The AgCenter will no longer have county agents for each parish. Agents will instead specialize in commodities and work in multiple parishes, Leonard said.

AgCenter economist Naveen Adusumilli urged farmers to advise members of Congress that support of federal conservation programs is crucial to production. Cuts are being proposed by the administration and Congress.

The AgCenter is assessing how the new Waters of the U.S. regulations would affect Louisiana agriculture, he said. 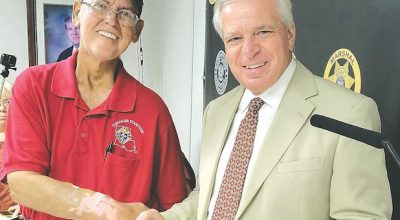 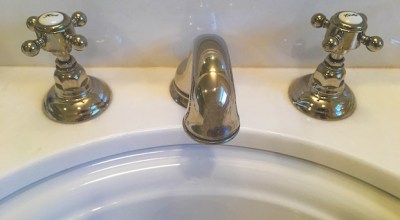 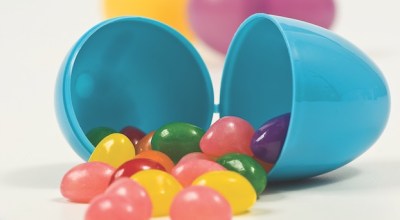 Hop on over to these SW La. Easter events 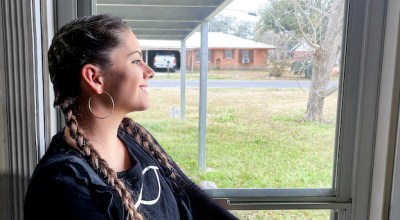