‘Just a kid from the Sandhills’: NWU graduate will get another chance to assist Team USA in Tokyo Olympics 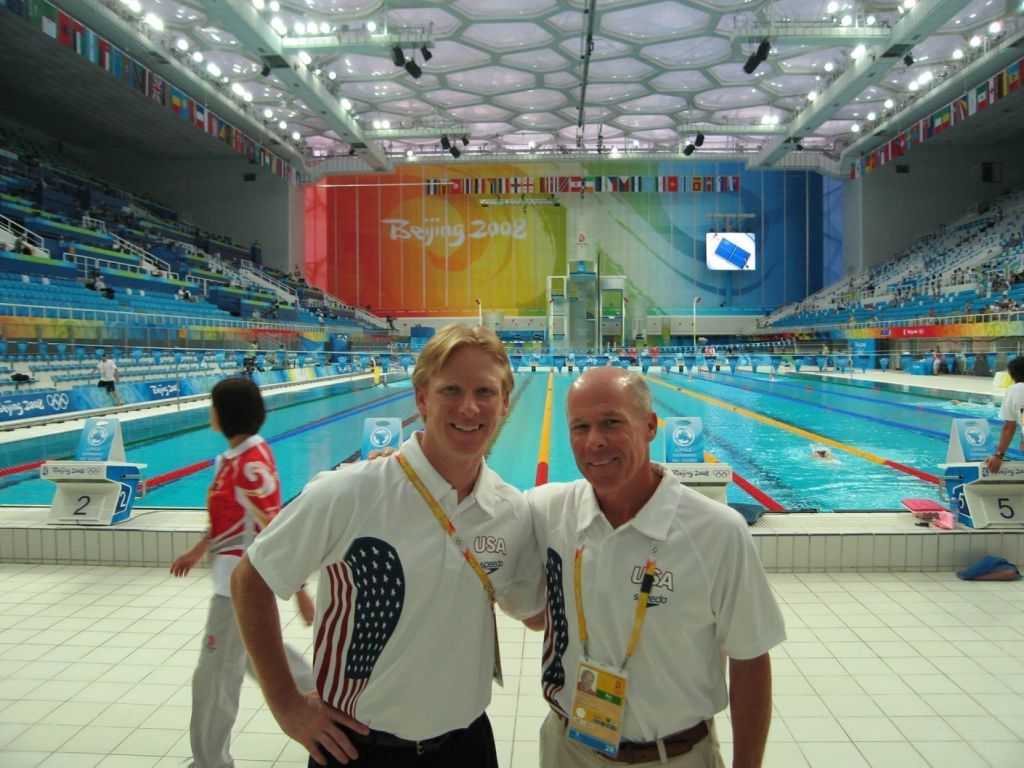 Wade Alberts was in a different world last week. His world.

He was putting up fence in north-central Nebraska, not far from his home in Ainsworth. Just a few days later, Alberts was in Omaha, working with world-class athletes competing at the U.S. Olympic Swimming Trials.

Ferraris, he calls them.

Alberts, a sports muscular recovery therapist, has been going along for the ride, and what a ride it’s been.

He just wrapped up his fourth Olympic Swimming Trials, working behind the scenes to help the athletes recover and get ready for their next races. In a few weeks, his world will take another turn — to Tokyo.

For the third time in his professional career, the Nebraska Wesleyan graduate will travel to the Summer Olympics as part of Team USA’s medical staff. He’ll join surgeons, physical therapists, psychologists, chiropractors and nutritionists in helping keep the Americans on a healthy run.

“It’s kind of funny. When you look at the roster of other sports med people, there’s Seattle, Washington; and Los Angeles, California; and Chicago and New York, and Ainsworth, Nebraska. I’m kind of the token small-town guy.”

He had a front-row seat to Michael Phelps’ run to eight gold medals at the Beijing Olympics. At the 2012 Games in London, he provided treatment for all U.S. Olympians, not just swimmers.

Being surrounded by thousands of world-class athletes makes the hair on your arms stand up, Alberts explains.

“On the one hand, they’re just like you and I,” he said. “But it’s what’s between their ears that is the most amazing. Their attitude, their positivity; they’re self-taught, the way they carry themselves, the way they conduct themselves. They’re normal in every other way until it comes to their sport and what they do to be good at it. And then they’re uncommon.”

Alberts specifically worked with the swimmers from Georgia at this year’s swimming trials. It’s a group that includes Chase Kalisz, who won the 400-meter individual medley on the first night of the trials.

He arrives at the arena in the morning, just ahead of the first session. Work picks back up in the evening when the trials enter prime time on NBC, and Alberts doesn’t check out of CHI Health Center until the final athlete has come through.

How Alberts got into massage therapy was a blessing in disguise.

“Here I am a starving kid, I didn’t have two pennies to throw together,” said Alberts, who finished his NWU career as a nine-time All-American and a long jump champion. “I was really committed to the program, my teammates, my coaches, so I was like, ‘Why not?’ It’s better than sitting on the sideline.”

The treatment process perked Alberts’ interest, so much so, he started taking massage therapy classes at NWU and later picked up an internship with Husker Athletics.

He was invited to help at the Big Eight swimming championships in Oklahoma City and the first athlete on his table: Penny Heyns, the most-decorated swimmer in Husker history and a three-time Olympian.

“It was probably a good thing I didn’t know who she was or that she was that big a deal, otherwise I probably would have freaked out,” Alberts said.

Oklahoma City opened one door, and then another door was opened and then another. Alberts would receive high marks in his evaluations, which led to bigger opportunities.

“I’m just as surprised as anybody else that they keep having me back, but here I am,” he jokes.

When he isn’t traveling the world for an international or national competition, Alberts is back in Ainsworth running his own clinic. COVID-19 decimated his business, which forced him to find extra work. He’s been helping man a friend’s cattle ranch.

Rounding up cattle and digging post holes will be put on hold in a few weeks when Alberts joins Team USA in Tokyo (July 23-Aug. 8).

Three Olympics later, and Alberts is still pinching himself.

“This might be the last Olympic Games that I ever get to work, so one day at time and appreciate it for what it is,” he said. “Because when I go back, my daughters are going to be like, ‘Can we have Lucky Charms for breakfast?’ I’m Dad again.”

Reach Clark Grell at 402-473-2639 or cgrell@journalstar.com. On Twitter at @LJSSportsGrell.