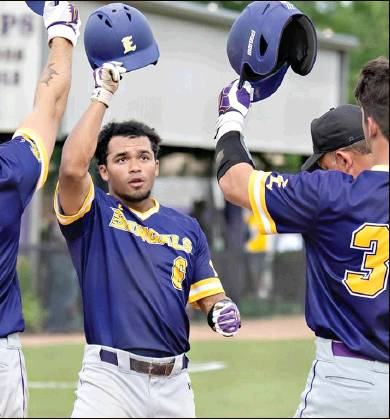 By Warren Arceneaux and Rodrick Anderson

Earlier this year Jones helped LSU-Eunice win the National Junior College Athletic Association Division II national championship. Jones hit .385 this season with 7 home runs and 52 RBI. He scored six runs in six games for the Bengals at the Junior College World Series and made a spectacular diving catch in center field during the JCWS against Kellogg Community College.

Jones said he was impressed with the school both academically and athletically.

“Academic wise, Butler is top-ranked nationally so I know I will get a top-notch education while there,” he said.

“As far as baseball, I’ve been talking with (assistant) coach (Matt) Kennedy over the last couple months about the program and expectations for this coming season. With the group of guys already there and the others they are bringing in, I feel like we can compete for the Big East title. I am passionate about hitting and I am really looking forward to using all the innovative hitting equipment Butler has.”

• LOCALS IN OMAHA: Sam Houston grad Silas Ardoin threw out two base runners for the University of Texas in a 2-1 loss to Mississippi State at the College World Series Sunday.

Barbe grad Davis Meche, an infielder for the Bulldogs, was shown dancing in the dugout while wearing a white construction helmet.

Staples is a national college football writer for The Athletic, a subscription-based sports website.

Second team pick Guidry went 6-0 with five saves and a 0.92 ERA. he struck out 99 batters in 53 innings. He hit .358 with 30 RBI and 16 steals, playing shortstop when not starting at pitcher. The duo helped lead Barbe to its 11th state championship, combining on an 11-inning no-hitter over Sam Houston in the semifinal round.

• SO CLOSE: Washington-Marion grad Christian Edwards finished ninth at the Olympic Trials in the triple jump with a best mark of 53-03/4 feet — three inches short of eighth place, the last qualifying spot for the final round of three jumps.

Edwards was bumped by Alphonso Jordan, the last remaining participant who could move into the top eight on the third attempt. 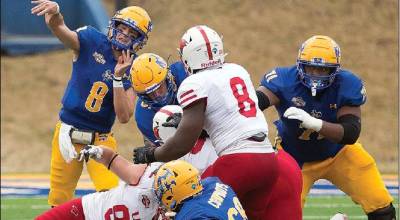 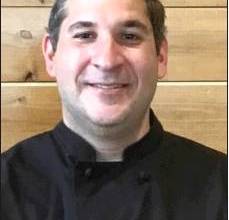 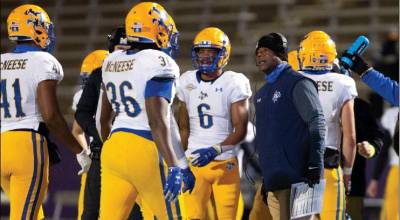