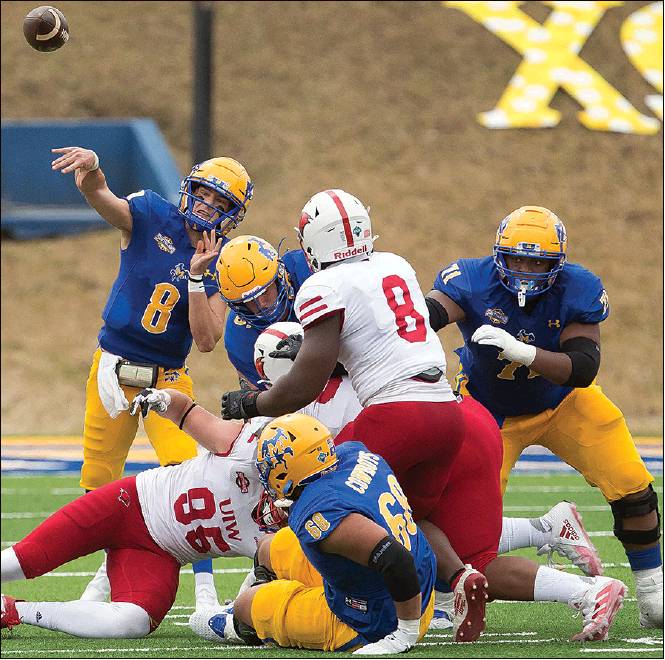 By Jim Gazzolo
Special to the American Press

It was late fall in 2015 and McNeese State was in a festive mood.

The Cowboys had won the Southland Conference, earned a home playoff game after a first-round bye, and had a 10-0 record.

As then-head coach Matt Viator and the rest of the football team got ready for their first postseason game, they came to find out for all their hard work they were rewarded with a quite familiar opponent. They were slated to play conference rival Sam Houston State.

On their way to the SLC title that season, McNeese beat Sam Houston fairly easily in Lake Charles during the regular season. The 27-0 win came two days shy of a month before the playoff meeting.

It was also the game that clinched the conference title. However, for all their work the Cowboys were given a lump of coal in their stocking by the NCAA selection committee.

“It doesn’t seem fair, but what can we do about it?” Viator said.

McNeese lost the rematch 34-29, blowing a chance to take the lead late when it had the ball a yard from the goal line on first down.

The loss was a game-changer for the program, which has not been to the postseason since.

Viator left for Louisiana-Monroe, the Cowboys are on their third head coach and Sam Houston led a charge of five teams exiting the Southland.

It’s hard to beat a team twice, even on the higher levels.

This becomes important this season as the watered-down Southland is forcing each one of its six football schools to play three teams in homeand-home games.

“It is not a permanent solution,” SLC Commissioner Tom Burnett said last week the league’s football media day in Houston.

Burnett also said had no idea when the schedule might change. Burnett admitted there are no talks about league expansion, though he said he hopes to pick something up in “60 to 90 days.”

This makes for new challenges for coaches as rarely do teams play a foe twice in college and home-and-home games in the regular season are even more rare. It’s considered unfair to the winner of the first game.

“I think we will all be learned from the schedule,” said Southeastern Louisiana head coach Frank Scelfo. “It will be very tough to go through our conference twice without a loss or two.

“There are a lot of good teams in our league and beating them twice won’t be easy at all.”

The real question is, what does that mean for the league? Over the years the Southland has gotten multiple playoff bids, but that’s when it was considered one of the elite Football Championship Subdivision leagues. Not so much now.

“It will make a difference,” McNeese head coach Frank Wilson said. “Before we would look at film to see what an opponent was doing. Now we will have seen them in person, so you have to make adjustments.”

It all makes for a unique season with unique challenges.

Stine to run for La. Senate, says he will…