Friday night lights will return in Calcasieu Parish this fall.

When the high school football season starts in September, Calcasieu Parish School Board Chief Operating Officer Robert “Binky” Barrentine said he expects almost all nine of the school district’s football fields to be ready to turn on the lights. It is a vast improvement over the 2020 season when damage from Hurricanes Laura and Delta led to several daytime Saturday games or multiple schools using the same stadium.

“This time of year, everyone is getting ready to go,” Barrentine said. “(Coaches, players) are fired up.

“We have been worried about it since it started. The push was for Aug. 1 to have all those stadiums ready to go. Then we bumped it back to be ready for jamborees. They say they are going to get it done. It is nerve-racking. For the most part, (the stadiums) are in good shape.”

Barrentine said the exceptions might be Washington-Marion’s Robert Lavergne Memorial Stadium and Barbe’s stadium. W-M was delayed due to a lack of bids, which has plagued many of the district’s repair projects since the storm. But the stadium will be able to host daytime games. The hold up at Barbe is a delay in the delivery of the standards.

“FEMA requires you have multiple bids,” Barrentine said. “Not just that football stadium job. We had to put out (request for bids) a couple of times before we could assign the work.”

Getting needed materials has also been a problem exacerbated by coronavirus restrictions that have slowed production of many items needed to repair the facilities. One example is Sulphur’s W.W. Lewis Middle School gym. Materials for the roof will not arrive until January, Barrentine said.

Wet weather has also slowed the rebuilding process, and not just for the CPSB’s athletic facilities. The school district has more than $400 million in needed repairs from the storms, public information officer Holly Holland said.

“You can’t do work inside until roofs are fixed, and you can’t fix the roofs when it’s raining,” Holland said. “They are still working so hard across the district.

“With all the rain we have had this summer, that has put a damper on our construction projects. It is just a ton of moving parts.”

“It was just so big in scope that we would not be able to manage that,” Barrentine said. “It is massive. It is just going to take a little more time.

“At the end of the day, we are going to get it. It will be done right.”

Stadiums at Barbe, DeQuincy, LaGrange, W-M, and Westlake received the most extensive damage, Barrentine said. All five required a full or near-complete replacement of the lighting system.

The visitor side light standards at Sam Houston’s Wayne Hooper Memorial stadium will be replaced along with lights on all four poles, Barrentine said.

At Sulphur High School, Matt Walker Memorial Stadium required five new standards, including two on the visitor side that dated to the 1950s, and replacement of all lighting fixtures, Barrentine said. Stadiums at Vinton and Iowa were the least damaged and required some new lights and/or realignment, he said.

While Barrentine said FEMA will only pay for replacement with identical or near-identical lighting, some schools will get upgraded to LED lights either from outside funding sources or other monies the school had on hand.

“The way it works, whatever was damaged or in place at the time of hurricanes is what FEMA will replace,” Barrentine said. “We have a few sites that might have had someone that wanted to help out with an upgrade, or if the school had the money and didn’t mind eating that cost.”

Barrentine said some stadiums may have seating cordoned off due to damage from fallen light standards but added that they will be safe for occupancy.

“We are not going to open our schools or athletic facilities if they are not deemed safe,” he said. 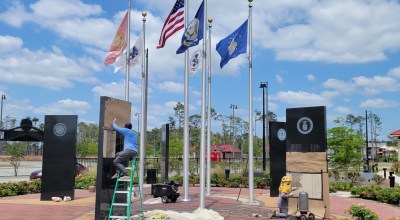 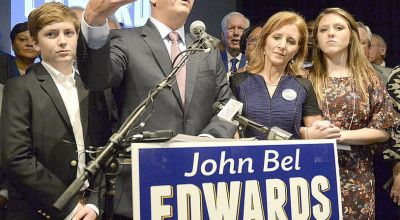