Sulphur resident Roy Vaussine happy to be back home 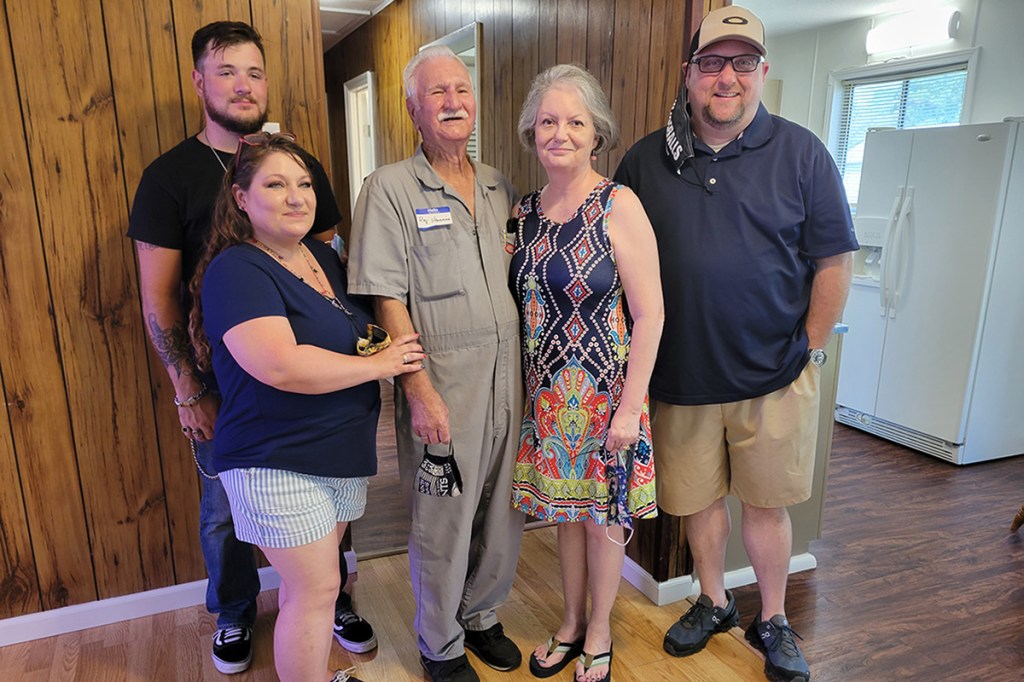 Two days before the one-year anniversary of Hurricane Laura, 86-year-old Roy Vaussine celebrated being back home. His is the 50th Hurricane Laura-damaged home that Saint Bernard Project (SBP) has completed in Southwest Louisiana.

A Washington, D.C., couple how volunteered in Saint Bernard Parish after Hurricane Katrina founded SPB. They were inspired by residents’ determination to rebuild and sought to create an approach to shrink the time between disaster and recovery.

Vaussine’s Sulphur home for 54 years was wrecked when a pine tree landed on the back end. After neighbors Brandon Jensen and Kenneth Naquin helped pull the tree off, Vaussine began applying for FEMA. SBP met him through one of its FEMA appeals clinics hosted in the community.

“A lot of the area was under-awarded,” said Hope Voelkel, SBP national communications manager. “That’s partly because of COVID. It can be difficult for many people to answer a series of FEMA questions over the phone rather than in person.”

Vaussine’s manner and his story were memorable, SBP staff said. He had been contacted by the city of Sulphur. His home was declared damaged 51 percent and it would be condemned.

He was 86. He had worked all his life, and he had money to contribute. Originally Vaussine was awarded $14,000.

After his appeal, he received an additional $21,198.74, according to project manager Eric Anthony, disaster deployment manager.

The total project cost was $82,806.09 and includes a new FORITIFIED brand roof that can withstand strong wind and wind-driven rain in the event of extreme weather.

Grand Lake turns away Vinton thanks to Zaunbrecher’s two-way…