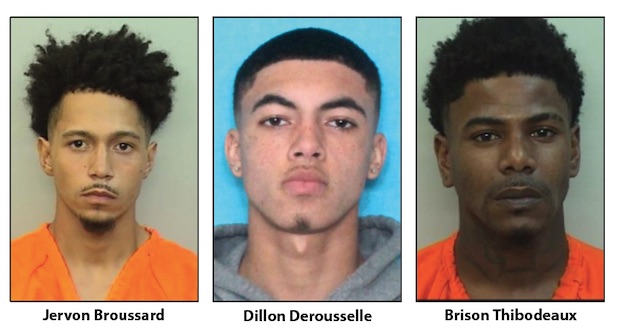 The Calcasieu Parish Sheriff’s Office has arrested two men and are searching for another in a Monday night drive-by shooting in Vinton.

Spokesperson Kayla Vincent said the shooting occurred at a store on U.S. 109.

She said the victim told detectives that as he was leaving the store, a truck that had been passing by, turned around and began firing shots as it passed the store a second time. The victim’s truck, along with another truck in the parking lot, were struck several times during the shooting.

The victim said he recognized one of the individuals in the truck as Jervon J. Broussard, 24, of Lafayette.

Detectives were able to identify two other suspects inside the truck as Brison J. Thibodeaux, 28, of Broussard and Dillon J. Derousselle, 19, of Carencro.

Broussard and Thibodeaux were located on Tuesday and  booked into the Calcasieu Correctional Center. A warrant for Derousselle was also issued.

They are all charged with illegal carrying and discharging of a weapon and aggravated criminal damage to property.

Anyone with information on the whereabouts of Derousselle is asked to call 491-3605 or Crime Stoppers at 439-2222. Lt. Casey Lafargue is the lead investigator on this case. 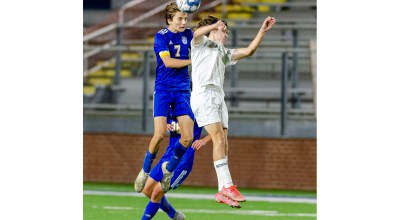