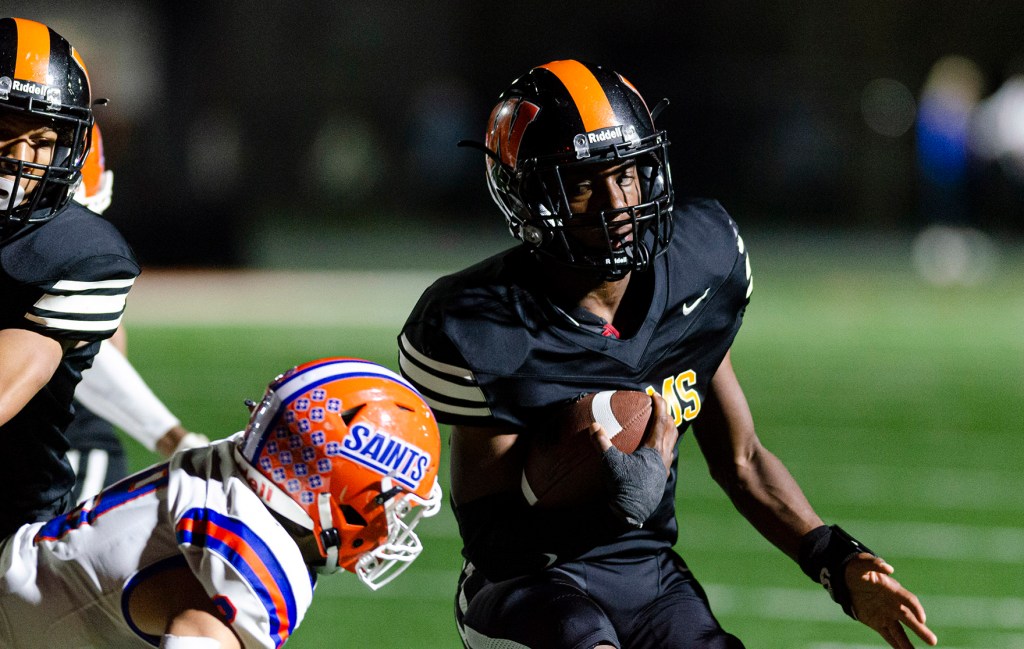 WESTLAKE — After a heartbreaking three-point loss to Iowa last week, the Westlake Rams needed a rebound win, and they got it Friday night at Max Caldarera Memorial Stadium.

Senior quarterback Jamaal Guillory had a career night to lead the Rams to a dominating 61-23 District 4-3A win over St. Louis Catholic.

“I thought we bounced back after last week,” Westlake head coach John Richardson said. “We came out a little sluggish in the beginning, but from that point on I thought we played one of our most complete games. We are playing our best football right now.”

Behind an offensive line that protected him all night, Guillory ran for a season-high 221 yards and four touchdowns on 21 carries and completed 4 of 6 passes for 71 yards with one touchdown and one interception. Westlake racked up 509 yards of total offense, and running back Brandon Jupiter ran for 131 yards and three scores on 11 carries.

“(Guillory) has done a great job for us all year,” Richardson said. “He has done nothing but get better. He is the team leader and I couldn’t be more proud of him.

“Offensively we did well. We ran the ball and we were able to do what we wanted to do. We controlled the line of scrimmage.”

Westlake (7-2, 2-2) fell into an early 7-0 hole but reeled off three consecutive touchdowns and the defense held St. Louis (4-5, 1-3) to three points on its next four possessions. Westlake held St. Louis running back James Phillips to a season-low 66 yards and picked off three passes. Brandon Allen, Ethan Koonce and Ryan Allen had an interception, and Ja’qualon Pettiway blocked a punt.

“We played some pretty good defense tonight,” Richardson said. “We got beat over the top a couple of times, but overall we played really well on that side of the ball.”

Reina threw touchdown passes of 73 and 52 yards to Brooks Habetz and Grant Evans to cut the Rams deficit to 42-23 with 11:36 left in the game, but the Rams scored 19 unanswered points. Reina threw for 278 yards.

“We thought we had a good game plan,” St. Louis head coach Brock Matherne said. “We had a great week of practice and we thought that showed on the first series.”