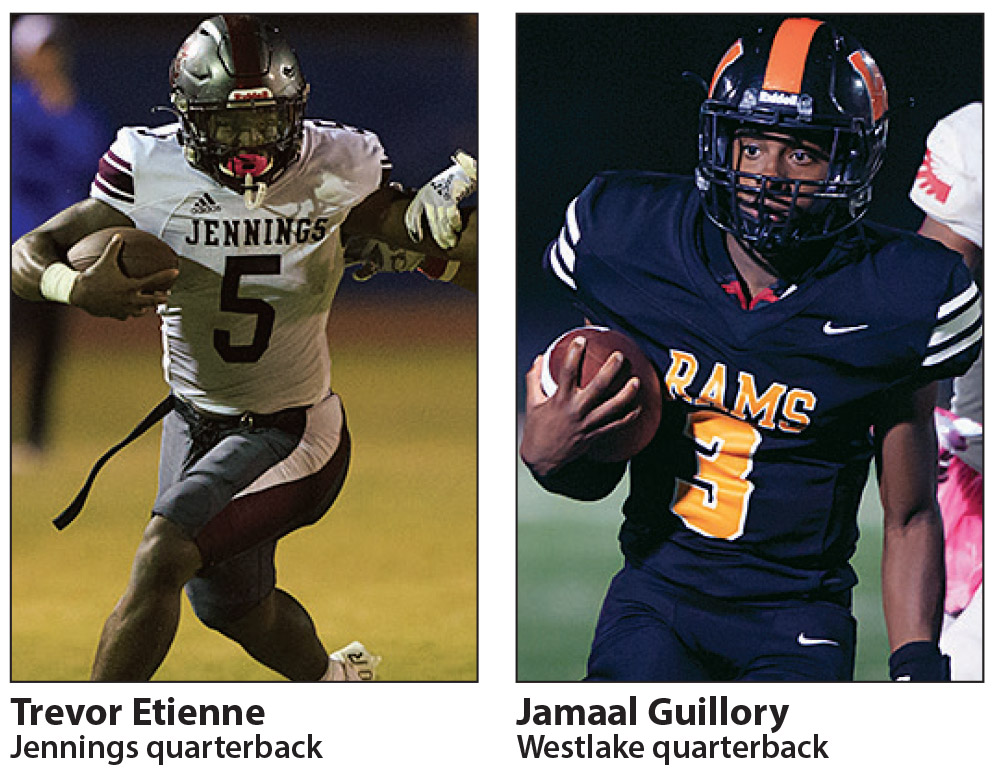 It is all about playoff seeding this week.

Westlake is trying to hold on to a first-round home playoff game, while Jennings doesn’t want to slide down any further in the ratings.

“We think with a win we might move up to 11, maybe,” Westlake head coach John Richardson said. “If we don’t win, we are looking at maybe being on the road.

“You just never know how the numbers are going to fall at the end. There is a lot riding on this game.”

“Both teams have a lot riding on the game so I am sure with all the tradition that Jennings has, we are going to have to play really well,” Richardson said. “It will be a battle.”

The Rams (7-2, 2-2) are rated 13th and scored a season-high 61 points last week, but this week they will be about slowing down Jennings running back-turned-quarterback Trevor Etienne. Even when he switched possessions, the senior has proved elusive with 863 rushing yards and 15 touchdowns in five games under center. For the season, Etienne has 1,591 yards and 28 total touchdowns.

“We are playing some good football right now,” Richardson said. “Hopefully we can go over there and slow down Etienne and give ourselves the highest seed we can possibly get here at the end.

“He is involved everywhere. It is like he has the green light to take off whenever he wants. You look at the blocking and tell that a lot of the plays are not designed (for him). He just sees a little hole and takes off running. He is the punter and the holder on extra points. He is the do-it-all for them, for sure.”

“Ethan Koonce has been a solid guy all year long,” Richardson said. “Really, a host of guys on the defensive line have done a good job for us up there, Ja’Qualon Pettieway and Alex Sims.

“(Koonce) had a great game and blocked a punt. We have been playing him mostly on defense. He was playing on both sides. Letting him play one way has helped him a lot.”