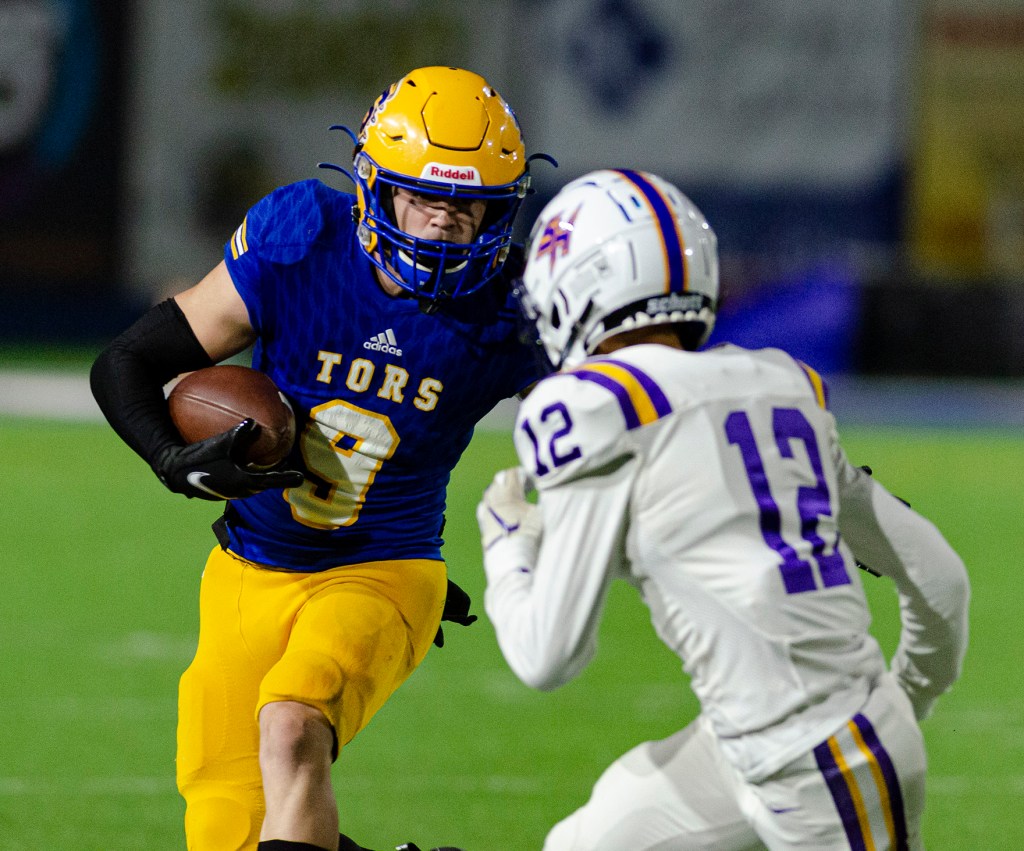 Sulphur's Tag Stelly scored three touchdowns in the first half of the Tors' District 3-5A game against Sam Houston Friday.

SULPHUR — Sulphur won the ground game on both sides of the ball Friday to beat District 3-5A rival Sam Houston 41-24 and head into the playoffs on a four-game win streak.

“I thought we did some good things on both sides of the ball,” Sulphur head coach Chris Towery said. “We have gotten better up front as the season has gone on.”

It was the Tors’ (6-4, 5-2) first winning season and postseason ticket since 2018. The Louisiana High School Athletic Association will reveal the playoff brackets on Sunday. The Tors will be on the road in the first round.

“We were picked seventh and eighth by most people in the district, and now Sulphur High has a winning football season,” Towery said. “We have won four in a row and five out of our last six.

“I couldn’t be more proud of these guys. If we can get a good draw, we can go compete with somebody. The goal is to be back (home) in round two.”

Sulphur gained 267 yards on the ground, led by senior Tag Stelly, who scored a season-high four touchdowns. He picked up 153 yards on 20 carries. Quarterback Gage Trahan added 62 yards and a score. Elijah Brady ran for 63 yards on 11 carries.

“We know that we have to be able to run the football right now to be successful, and we are doing that,” Towery said.

On the defensive side, Sulphur held the Broncos’ ground game to 14 yards on 18 plays. The Tors also forced a trio of turnovers. Tyler Massey had an interception and fumble recovery, and Dillon Bird scooped up a fumble. Linebacker Corey Hyatt made two tackles for a loss and a sack.

“We were able to play fundamentally sound up front and make sure we got some penetration on defense when we needed it,” Towery said. “When you are playing a spread team, and you can get some penetration, you can cause some problems.

“Turnovers always help. It was a complete game, basically. They got some big plays in the passing game, which is to be expected.”

The Broncos’ (2-7, 1-6) first possession ended on a fumble leading to Stelly’s first score and a 7-0 lead 6 minutes into the game.

Sam Houston freshman quarterback Gavin Stout threw for 324 yards and two scores, and Quinton Simon (6 receptions, 112 yards) and Dylan Abshire (6-125) both eclipsed the century mark in receiving yards. But the Broncos were hindered by penalties (12 for 96 yards), including two that wiped out back-to-back scoring plays midway through the second quarter. Sam Houston got a 36-yard Dallas Conner 36-yard field goal out of the drive that cut the Tors’ lead to 14-3.

“Our kids fought on both sides,” Sam Houston head coach Chad Davis said. “It is tough when you are going into the last game 2-6, but we did some good things on both sides of the ball.

“It is just a few things that didn’t go our way. We really started to click here the last few weeks. (The passing game) is something that has really worked for us. It is something to build on and something to look forward to in the offseason.” 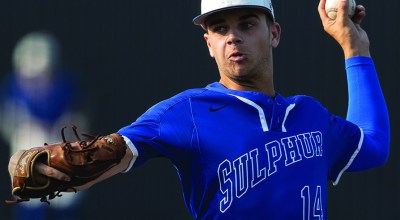 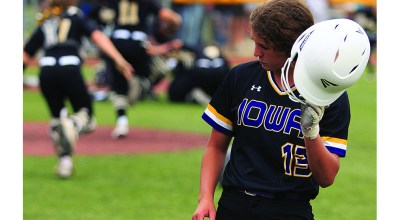 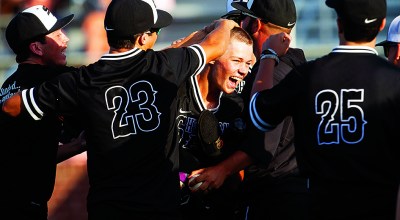 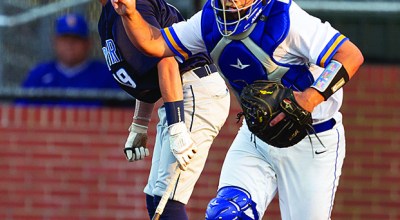