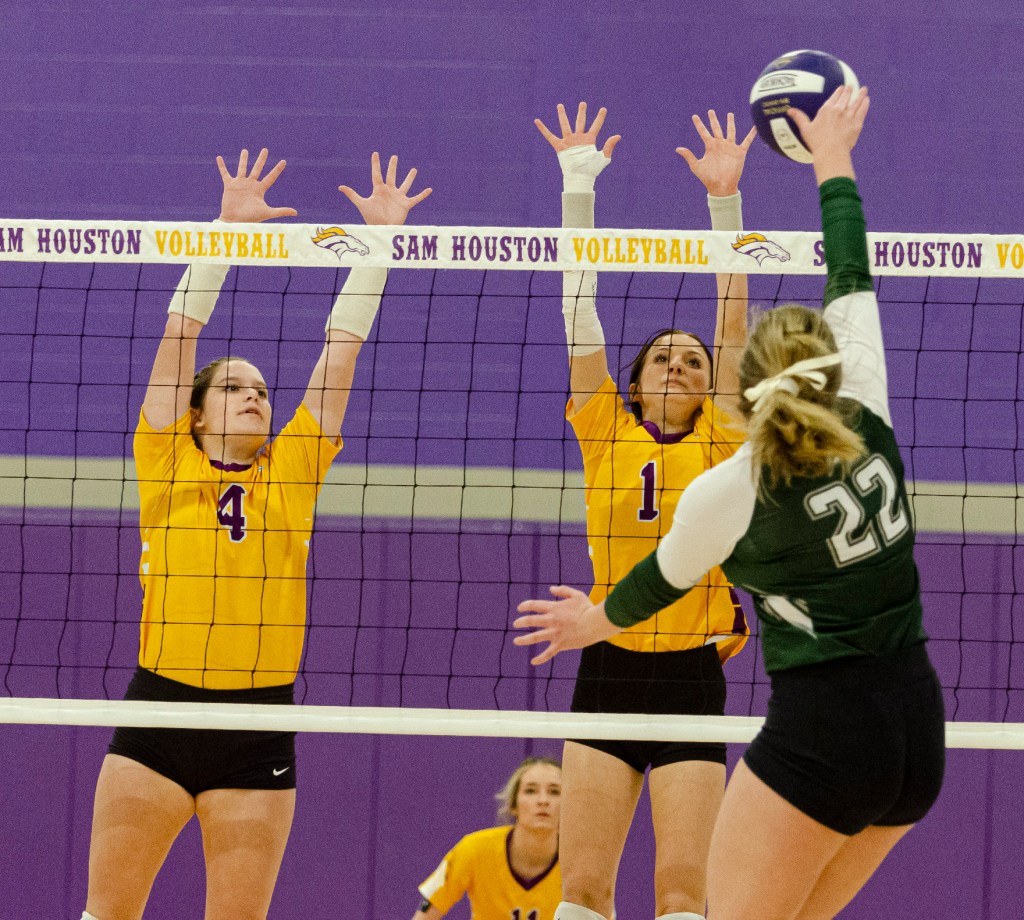 “Some of the things we walked about, we just did not do to get the W, along with some unforced errors,” Sam Houston head coach Rene Fontenot said. “At this level, and especially with a team like Chapelle, you can’t have that many unforced errors and run an effective offense.”

The loss ended the Division I, District 2 champion Broncos’ (27-12) season a match shy of the Louisiana High School Athletic Association state tournament next week in Lafayette.

“The season was great,” Fontenot said. “The kids were happy. They worked hard.

“We made lots of memories. It was nice to have normal because of the hurricanes and COVID. We have good team chemistry and leadership. Overall, it was a good year.”

Sam Houston led 24-22 in the second set, but a pair of back-to-back hits that landed inches beyond the back line allowed the Chipmunks (24-6) to go on a 5-1 rally and Isabella McCann’s ace closed out the set.

Sam Houston fell behind 7-1 in the first set but worked its way back to a 15-14 lead on a kill from Gentry. The Broncos had three set points but could not close it out.

“The nerves looked like they factored into the beginning of the first set,” Fontenot said. “We have done that off and on all season. We had some breakdowns.”

Isabella McCann and Megan LaCour combined for 24 kills for the Chipmunks.