No work of art, Colonels call on reserves Granier, Guggenheim to beat Cowboys 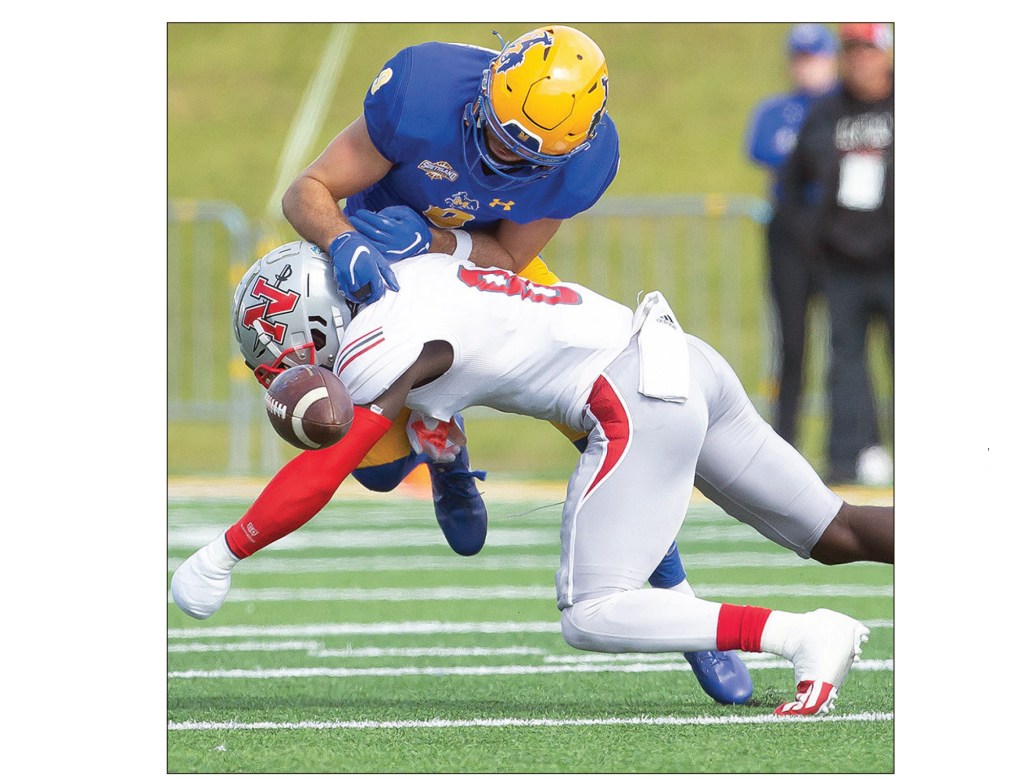 By Jim Gazzolo
Special to the Daily News

In a microcosm of the entire football season, the Cowboys missed on early opportunities and let another game slip away.

Saturday it was Nicholls State that toppled McNeese State.

Behind a backup quarterback and backup running back, the Colones rallied from an early deficit to knock off McNeese 24-14.

“A rough one,” Cowboys head coach Frank Wilson called it.

The loss meant the Cowboys will not finish with a winning record for the first time in 16 fall seasons. At 3-6, 2-4 in the Southland Conference, McNeese will have a losing record in back-to-back seasons for the first time since 1989-90, if you include the 3-4 spring campaign.

“It is disappointing,” said Wilson, who during the week stressed the importance of finishing the season strong. “We were not able to overcome our mistakes.”

Thirteen McNeese penalties for 179 yards was also too much to overcome. Nicholls (5-4, 4-2) was flagged three times for 25 yards.

“It’s concerning,” Wilson said of the flag differential. “Not being able to get off the field when it appeared we had stops is tough. If we are at fault that is what we need to fix.”

Not all penalties were questionable. During the decisive final drive for the Colonels, McNeese was tagged four times for 40 yards, all leading to first downs.

Two were pass interference calls, one was a face mask and then there was the killer on fourth down when the Cowboys were nailed for having two players wearing the jersey No. 1 on the field at the same time.

Instead of getting the ball back for a possible tying drive, the Colonels kept, and later got, a 26-yard field goal from Gavin Lasseigne with 50 seconds remaining to clinch it.

“That was discouraging,” said Cowboys quarterback Cody Orgeron. “We have a chance to get the ball and tie it but instead have to watch the clock get eaten up.”

Nicholls held the ball for 8:11 on that drive.

“We had safe punt on and had the wrong guy playing deep,” Wilson explained.

That drive began when Carlos Williams fumbled at the Nicholls 36 with the Cowboys down 21-14. It was the lone McNeese turnover.

The Cowboys didn’t capitalize on three turnovers they got in the first half.

“Squandered opportunities,” Orgeron called them. “We got to be able to capitalize on those.”

Orgeron finished 16 of 25 for 164 yards, including a 1-yard touchdown pass to Mason Pierce that tied the score late in the third quarter at 14. He also ran for 80 yards on 16 carries.

His 244 yards of total offense lifted him to third all-time on the McNeese list with 7,461. But he came up a yard short on fourth-and-2 from the Nicholls 7 earlier in the third. The Cowboys turned the ball over on downs when the snap from center was low and to the right. Orgeron picked up up but could only scramble for a yard.

“All our wounds are self-inflicted,” Orgeron said. “Lack of execution.”

McNeese took the lead on Deonta McMahon’s 1-yard touchdown run with 6:10 left in the first quarter.

The Colonels rallied behind Kohen Granier, who replaced LSU transfer Lindsey Scott in the second quarter and went 8 of 14 for 152 yards on a score. Scott appeared to be out with an injury.

Guggenheim ran for 125 yards and two scores as the backup tailback. Guggenheim scored on a 3-yard run with 1:18 left in the first half to tie the score, and gave the Colonels a 21-14 lead 3 minutes into the fourth quarter on a 1-yard run. Sandwiched between was a 14-yard TD grab by K.J. Franklin from Grainer.

“We got to get better,” Orgeron said.

With two games left, time is running out. 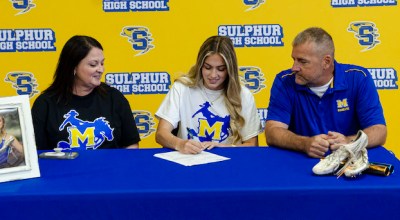 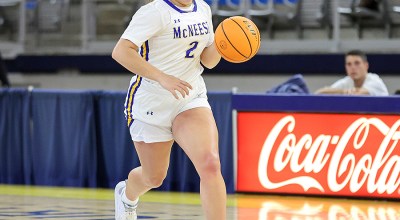 Tors ground out victory, head into playoffs on four-game…