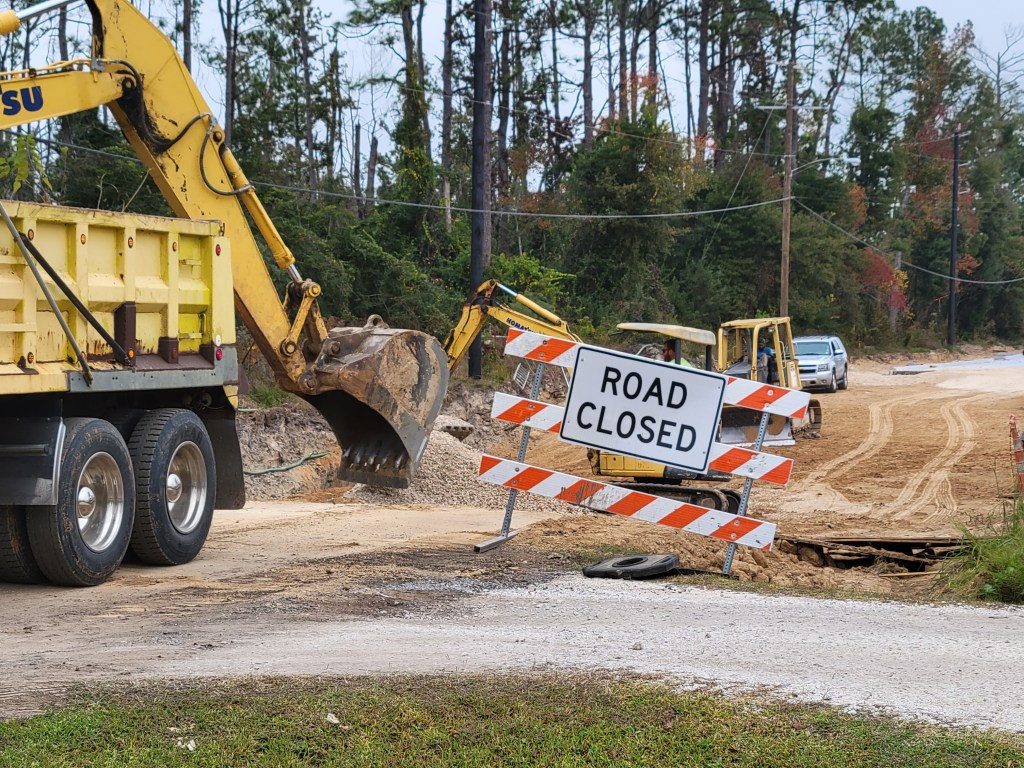 The Westlake City Council approved an amended cooperative endeavor agreement with Calcasieu Parish for the funding necessary to complete the John Stine Road project at a council meeting on Monday.

Originally, Sasol had agreed to fund the John Stine Road improvement project from Myrtle Springs to Sampson, and the company did help pay for improvements but only up to Foster, according to City Finance Director Jerry Milner.

“Now the parish is picking up the project from Myrtle Spring to Sampson,” Milner said.

Meyer & Associates Engineer Byron Racca said in an email to the Southwest Daily News that the project commenced in 2008, and it consisted of replacing an existing two-lane asphaltic concrete roadway

with a three-lane concrete, curb and gutter roadway with sidewalks along both sides of the road. The drainage — roadside ditches — is being replaced by a subsurface drainage system. Other improvements will be made such as utility relocation, intersection improvements, etc.

The project is a joint effort between LA DOTD, city of Westlake and now, the Calcasieu Parish Police Jury.

Guillory Street to Foster Lane has been completed and is under full operation. The remainder is still under construction and is limited to property owner access within the construction area, according to Racca.

A resolution was passed re-appointing James “JC” Cormier as the city of Westlake’s representative for the board of directors of the West Calcasieu Parish Community Center Authority.

The National Golf Course of Louisiana clubhouse — that will house a golf pro shop, offices and a restaurant that will be open to the public — has experienced setbacks that delayed earlier announced openings, according to General Manager Gerry Pocket. But it could open as early as next month according to a report given to council members Monday.

Equipment deliveries held up by supply chain disruptions are now on site and installed. A fire inspection has been scheduled. A Department of Health and Hospitals inspection will be scheduled. Staff training could take up to three weeks. Ideally, the clubhouse will open before the end of the year, Pocket said.

A liquor license was granted for Sammie’s Smokehouse, an eatery located inside the Shell fuel convenience store at 1928 Houston River Road contingent on the state’s final say. KK Thind is the convenience store owner.

The City of Westlake is showing its support of United States Representative Clay Higgins’ request for more disaster funding by approving and signing a resolution that contains wording requesting that future supplemental dollars shouldn’t be tied to the red tape and wait experienced by municipalities and other government entities.

Also approved was a move to accept proposals from consultants with a specific “knowledge base” who might be able to ensure the city gets grants and other monies to which it is entitled made available for municipalities because of the pandemic and federally declared weather disasters, at no cost to the city. A five percent “built-in” administrative fee is used to remunerate the consultant.

At the request of the New Iberia City Council, Westlake council members approved a resolution in support of resuming federal offshore leasing in the Gulf of Mexico.