Tors beat Bucs to stay unbeaten, score twice in 4 minutes in second half 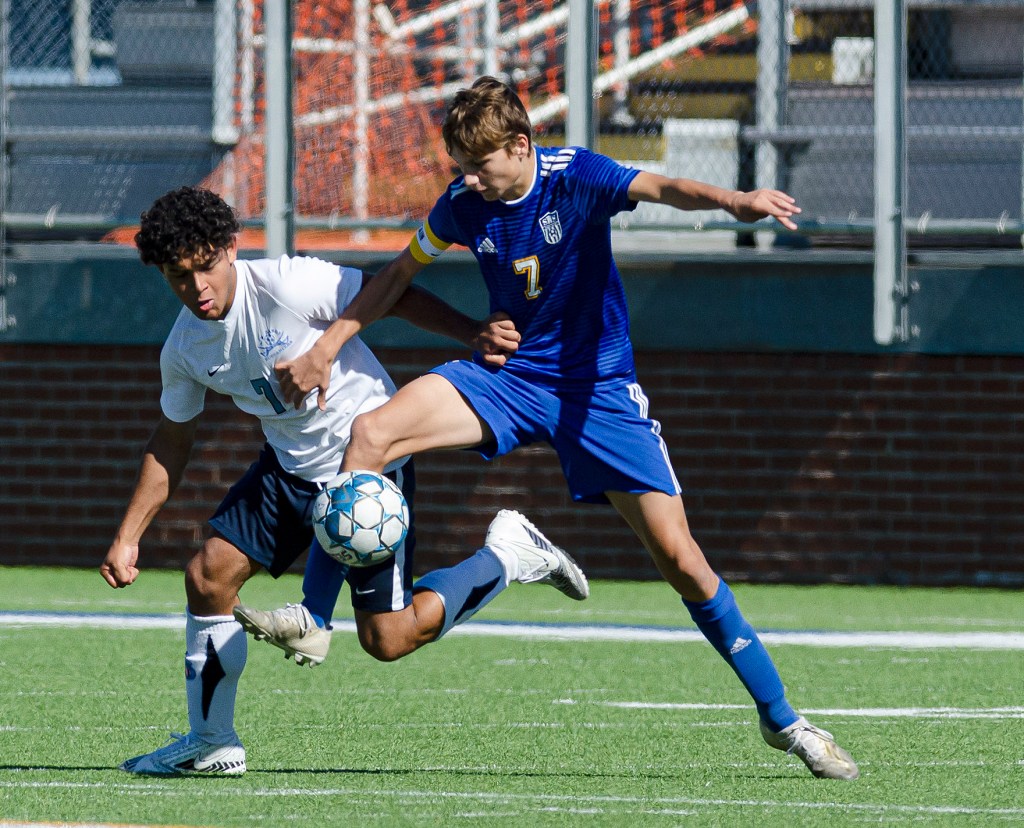 SULPHUR — After a scoreless first half, the Sulphur Tors came alive with two second-half goals Tuesday to beat rival Barbe 2-0 in a nondistrict soccer game to stay undefeated.

“We told them at halftime that they needed to pick up the level of play and effort,” Sulphur head coach Trevor Foolkes said. “They played the second half like we should have all game long. The first half was kind of slow. We were not reading the game well.”

In the 60th minute, Sulphur’s Hayden Habetz stole a Barbe throw-in and laced a low shot, skimming it just above the turf, to the back left corner of the goal for a 1-0 lead.

Four minutes later the Tors got a throw-in near the goal.

Barbe keeper Sam Cappel fought through several players to knock the ball away, but Sulphur’s Jairo Suarez got the rebound and scored to put the Tors up 2-0.

The Bucs (0-2) kept the defensive pressure on the Tors’ (4-0) high-powered offense that has scored 17 goals in four games, holding the Tors scoreless in the first half on five shots on goal.

“In the first half, we were pressuring their touch every time and try to make their life very difficult,” Barbe head coach Todd Hoffpauir said. “We were doing a great job of defending their set pieces and challenging everything.

“We are young. We had a couple of freshmen and sophomores out there. They are learning how to swim. Overall, they are starting to play better and get more confident as we go. I think that it is a good sign of things to come.”

“They are both super athletic,” Hoffpauir said. “When the ball is in the air, I don’t have a worry. I believe both of them are going to go up there and catch it and have a rebound.”

While the Tors have three players with three or more goals, Foolkes said he would like to see the Tors score more consistently. The Tors failed to score on eight corner kicks and three free kicks.

“We are not so restricted to one guy that can score,” Foolkes said. “We have a lot of them, and you can see that already. They are moving the ball much better so that creates more spaces to get other guys into open space to get opportunities to score.

Barbe will travel to DeRidder (0-2) on Monday, while the Tors host St. Louis Catholic on Tuesday.