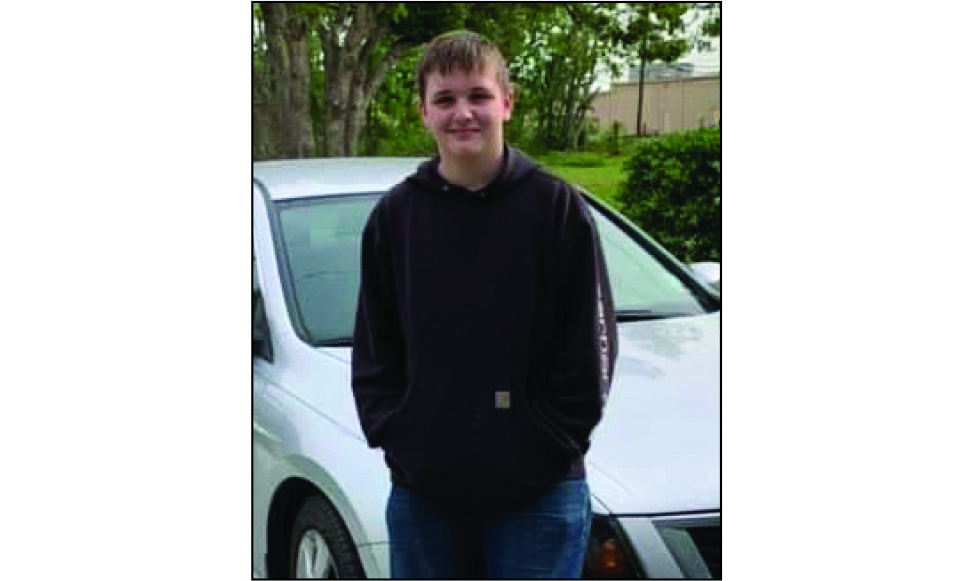 Colton Hatten has been named this year’s “Rudolph” for the 2021 Sulphur Kiwanis Club Parade. The parade rolls out at 11 a.m. today.

The parade will begin near the PetSense store on Maplewood Drive and end at Cypress and Ruth streets.

Each year the Kiwanis Club of Sulphur chooses an exemplary Sulphur High School leader to fill the role of Rudolph.

“I’ll be dressed in a red onesie and riding with Santa,” Hatten said.

Hatten, son of Stacey Hatten and Corey Harmon, grew up in Sulphur and is a junior at Sulphur High School where he is president of the Key Club. Key Club International is a service organization for high school students. As a student-led organization, Key Club’s goal is to encourage leadership through serving others.

Plans for club service include reaching out to first-graders for a fun time of arts and crafts and/or planning a special event to teach seniors how to use technology to stay in touch with their grandchildren using social media and other means.

The 16-year-old has been working at McDonalds for more than two years and has been promoted to crew chief.

When Hatten cooks for others — which he enjoys — he said the main entre doesn’t have a “Mc” on front of it.

“We made Chicken Dijonnaise for the Kiwanis Club members,” Hatten said.

The feat had him in an apron to prepare the food. Then he had to make a quick change into his jacket and fill his Key Club President role.

When he’s not working, in school or cooking, Hatten said he enjoys brain teasers.