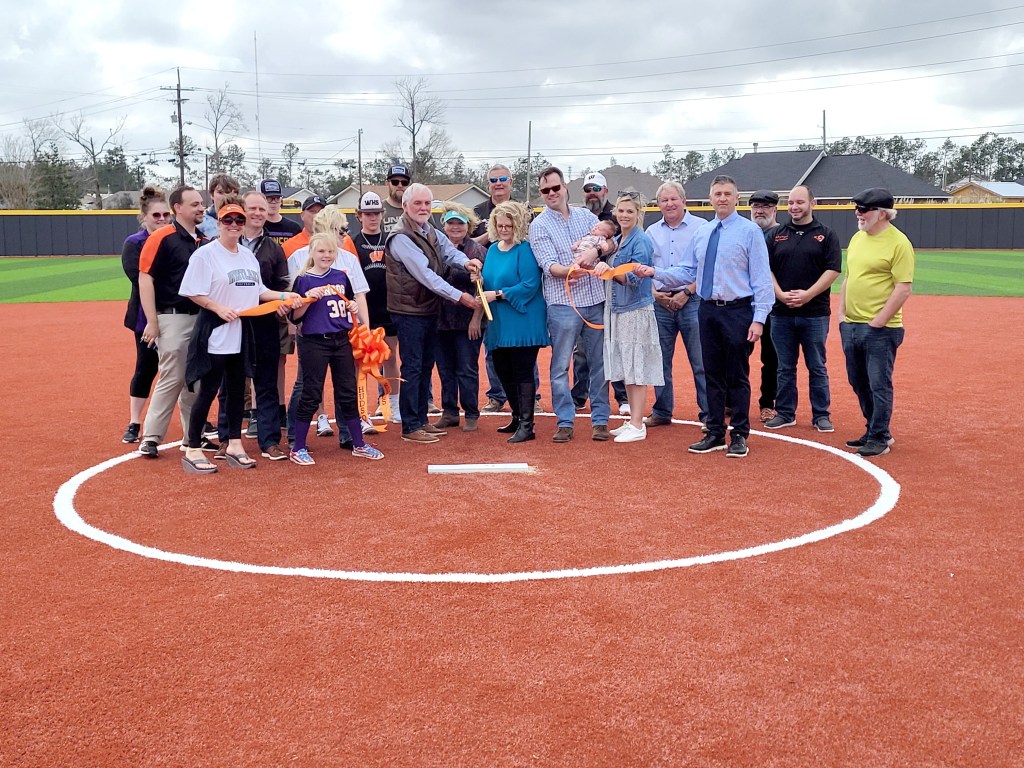 The complex was scheduled to be completed October 2021, but as with other construction projects, it was delayed by the pandemic, hurricanes and recent rains. The cement was poured last week. Bleachers are not complete.

“We’re building this plane as we fly it,” said Thibodeaux.

The field was named in memory of Clint Hudson (July 1954-April 2021) and in honor of Tommy Reeves. The two coaches led the Rams to their only state softball championship in 1992.

“He would be so appreciative, so proud,” said Reeves’ wife, Donna. “Of course, I like to think of him being here, in spirit.”

Brandon Hudson, Clint Hudson’s son, tossed out the second softball and established another “first’’ for the dedication. He did it while holding his 4-week old son, Aiden Bear Hudson.

Other firsts pointed out by Thibodeaux during the dedication include Cheryl Havard’s first year as softball coach. On the fence of the new field is the first retired female athlete’s jersey.

Thornton is the daughter of Reeves. Reeves was the principal at S.J Welsh Middle School and not on the faculty of Westlake High School.

This dedication marked the first time a field has been named in honor of someone not on the faculty, Thibodeaux said.