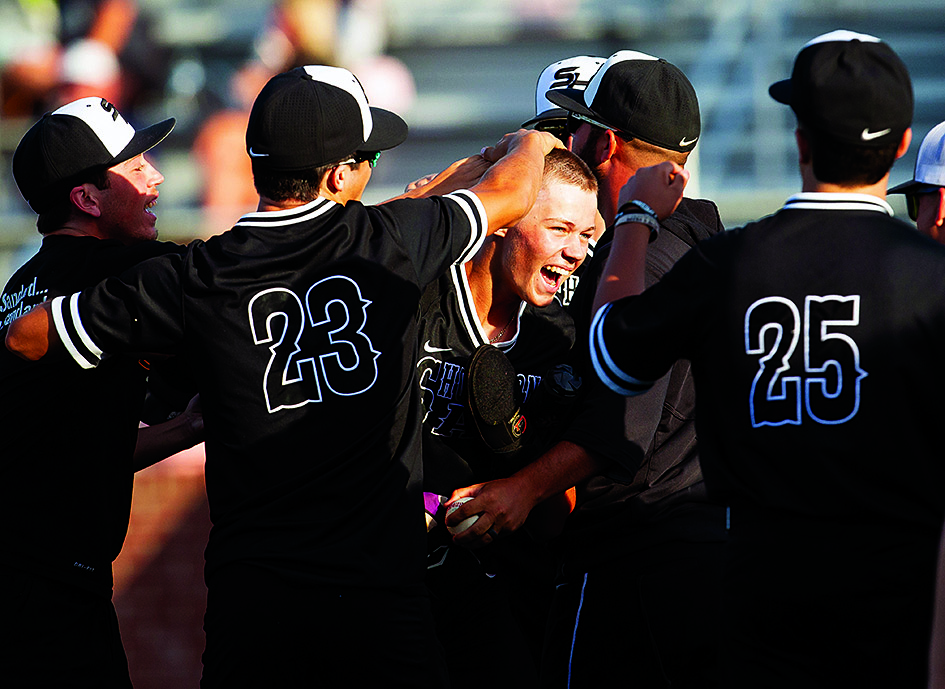 MOSS BLUFF — San Houston held on in a tense seventh inning of a 4-3 Class 5A bi-district playoff win Tuesday over Lafayette.

Sam Houston batted around and scored three runs in the third inning to take a 4-1 lead. Courtesy runner Trevor Jones scored on a Dylan Thompson single. Carson Devilier doubled with the bases loaded to score Thompson and Luke Yuhasz.

The Lions (9-22) scored one run in the sixth with Dylan Biddick doubling and scoring on a wild pitch, but left two runners stranded in scoring position.

In the bottom of the inning, Sam Houston loaded the bases with no outs, but didn’t score, with a pop-up, strikeout and fly ball ending the inning.

Lafayette added a run in the seventh on four consecutive walks and had the bases loaded with two outs, but Thompson struck out the lone batter he faced to save the game.

“It was a sloppy inning, we just couldn’t throw strikes,” Sam Houston head coach Chad Hebert said. “We left 10 men on base in the game and didn’t score when we had the bases loaded. But we had some good defensive plays early and didn’t make any errors. Early in the game we were putting the ball in play pretty well.”

The Lions opened the scoring in the top of the first inning. Carson Livesay scored on a single by Jake Guidry.

The Broncos tied the score in the second on a Reese Bailey single to score Kaden Walker.

Walker went 3-for-4 to lead the Broncos. Thompson reached three times with a hit, walk and error.

Jack Schroedter led Lafayette with two hits and a walk. Andrew Glass picked up the win, allowing one run in 5⅔ innings pitched.