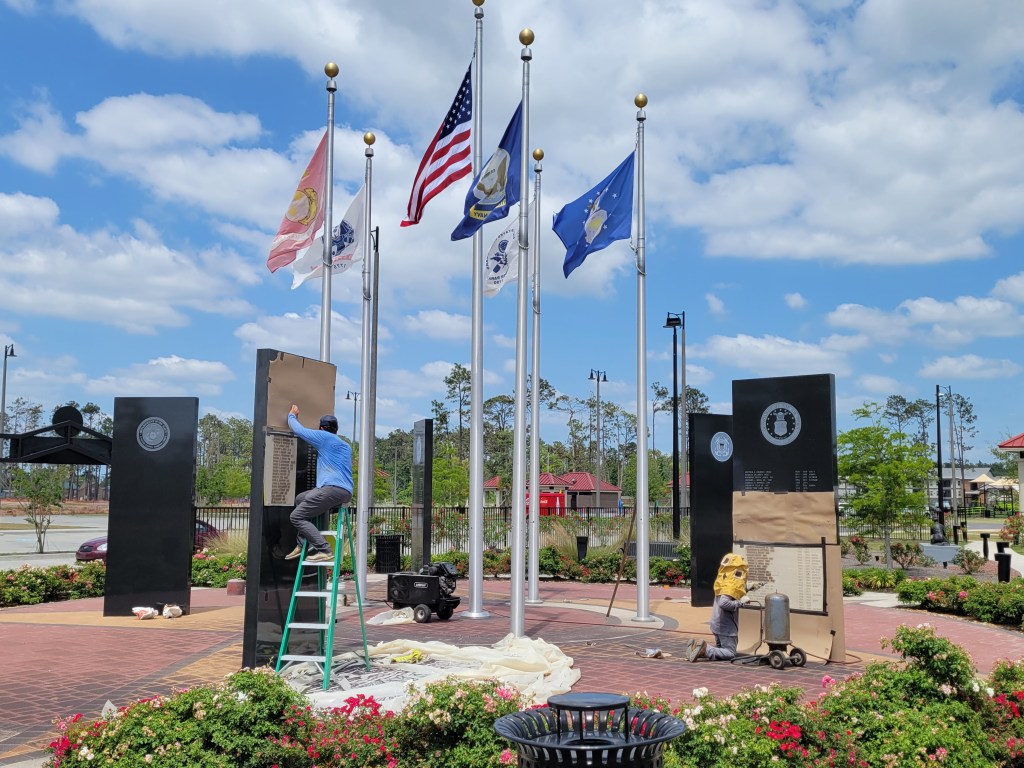 More than 100 names have been added to the Veterans Memorial, according to a report from Westlake architect Barry King. (Rita LeBleu / Southwest Daily News)

“The class was held in Oberlin and it entailed 140 hours of classroom instruction, 24 hours of clinicals and 28 hours of self-study,” Duff said. “They were in that from January to April, two days a week and one to two Saturdays a month, and this is something they did for no overtime.”

Duff said the fire department is responding to medical calls with an EMT. Former Westlake Fire Chief Samuel Morrison, who died May 14, was honored by Westlake and surrounding fire departments with a flag hung in his honor on Westwood, a full processional and an honor guard.

In recognition of the 53rd Annual Municipal Clerks Week of America, Andrea Mahfouz was presented a special gift from Interim Mayor Dan Racca on behalf of the council, who referred to Mahfouz as “Wonder Woman.”

“I wish they would hit oil as often as they hit water and sewer lines, and we’d be rich,” Milner said. “I just wanted to thank all those guys associated with that project.

“Hopefully, there is going to be a light at the end of the tunnel in June. I just want to say it is appreciated. It was above and beyond.”

After The National Golf Club of Louisiana director’s report, Council member Kenny Brown noted, “It is my understanding that we were in the black for both the clubhouse and course. When you get a public-owned course like that that makes money, so we’re heading in the right direction.”

In addition to honoring public servants at the Monday Westlake City Council meeting, it was reported that John Stine Road should be finished by the next council meeting.

“The good news is we now have two lanes on John Stine Road all the way to Myrtle Springs,” said Vernon Meyer of Meyer, Meyer & Associates. “I will say by next week, we ought to be in a position to accept that project as totally complete. It’s been a long struggle, I know the people who use that road and live out there have been patient.”

About 100 names have been added to the Veterans Memorial Park wall and Westlake could soon have an automated gas meter reading system.

Solari Granite workers engraved about 100 names into the black marble at the Veterans Memorial the second week of May. There was a delay in getting in materials, according to City Architect Barry King. 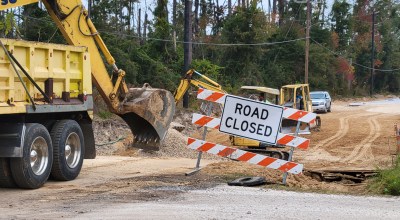