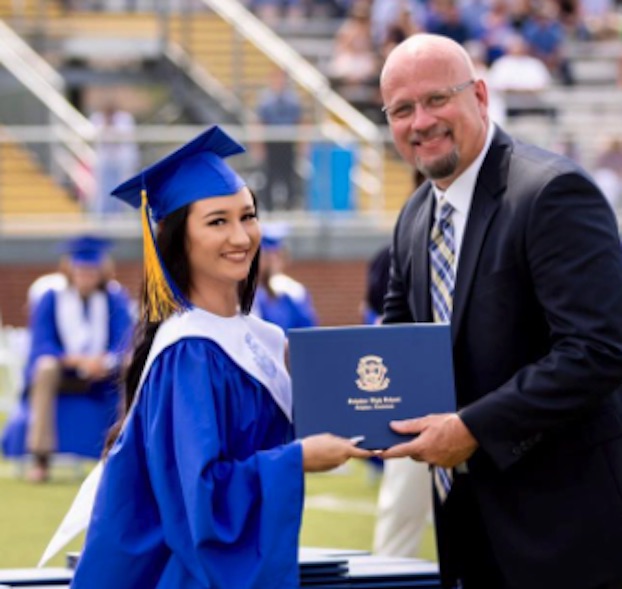 A Sulphur High School graduate was killed Saturday, hours after her commencement celebration, in a two-vehicle crash at the intersection of Cypress Street and Willow Avenue. A makeshift memorial of cards, flowers, teddy bears and balloons now dot the landscaping around the intersection.

“It is with the heaviest of hearts that we offer our deepest condolences to the family, friends, and all those who were fortunate enough to know and love Jesse Harmon,” the school wrote.

The events that have led up to the deadly crash remain unclear. No additional information has been provided by Sulphur police.

Friends and fellow students continue to express their grief on social media.

“I realized there is truly no one like her,” wrote Julia McCurry, a member with Harmon on the Sulphur High School Twisters dance team. “She was hilarious, the absolute BEST story teller, and so kind to everyone.”

“She was the team mate everyone strives to be,” reads a post on the team’s Facebook page. “She supported everyone, worked hard for the person next to her, and was the most genuine soul. Every Twister who had the pleasure to dance with her will say the same thing, “there is no one like Jesse!”

Sulphur High is offering counseling services to students attending this week, the final week of the school year.