UCLA and Southern Cal announced last week that they were leaving the Pac-12 for the Midwest-based Big Ten, likely setting off another round of musical leagues as the major conferences jockey to hoard the billions of dollars in TV revenue, creating a greater chasm between the haves and have-nots in college football. That begs the question: Where does that leave Football Championship Subdivision schools like McNeese? (American Press)

Another summer, another seismic shift in the college football landscape.

With the news Southern Cal and UCLA are headed to the Big Ten, the two major conferences are firing shot after shot at each other.

About the only thing left is for Notre Dame to decide if it is time to join a conference for good. Let that bidding begin.

But, just like last year when Oklahoma and Texas announced they were moving to the Southeastern Conference, Thursday’s news was just the start of what could become the next wave of moves.

One thing we have learned from recent realignment is that the domino effect reaches far more campuses than expected.

“Who knows what will happen next?” McNeese State Athletic Director Heath Schroyer said. “Anything is possible. Anybody that tells you they know what is next is just just guessing.”

And just like that, everything and everyone is back on the table.

Last summer’s shifting even had McNeese join the conversation, as Cowboys officials have said they would like to one day be playing football on the Football Bowl Subdivision level.

“We missed the train the last time, we won’t miss it if it comes around again,” is how McNeese President Dr. Daryl Burckel likes to say it.

While the train isn’t here yet, it might be pulling out of the station to pick up any stragglers who missed out a year ago.

Clearly there will be more changes. It’s being reported that several of the remaining Pac-12 schools are looking for new homes, including either the Big 12 or Big Ten.

And what now of the 10-team Pac-12? Could it be looking for new teams, perhaps from the Mountain West or Western Athletic Conference? All this could mean an FBS conference or two might have openings again.

Maybe even one or two might look at some of those who they were in talks with last summer.

“The one thing I have learned is you always have to be prepared and have to have your head on a swivel,” Schroyer said. “You don’t know what is going to happen in the future, nobody does.”

There is no telling who will and who won’t have a chair at the big table when all the music stops.

“I will always continue to be looking for the best opportunity for our coaches, players and fans,” Schroyer said. “You just don’t know when an opportunity is going to come along.

“I do know that these things seem to come together pretty fast so you have to be ready.”

The Cowboys are in a much better place than a year ago, Schroyer said, when the Southland Conference lost five football-playing schools. Since then the SLC has rebounded with new teams. That, however, won’t keep McNeese from looking. 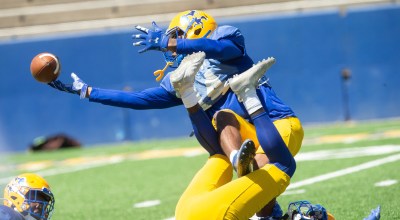 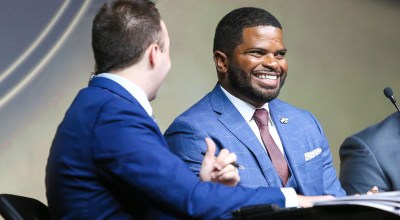