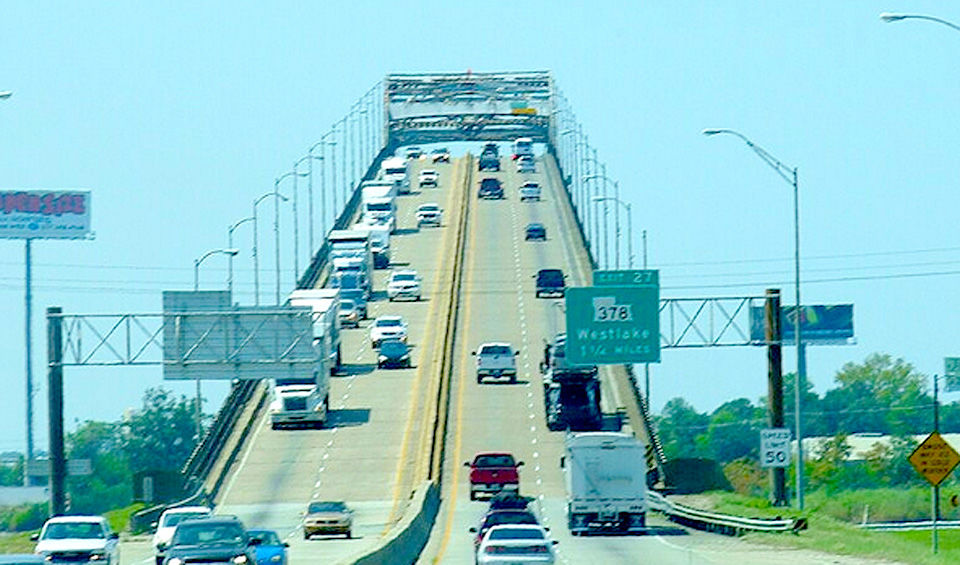 Louisiana’s biggest request this year from President Joe Biden’s more than $1 trillion infrastructure bill is $600 million in federal dollars to build a new Interstate 10 bridge over the Calcasieu River at Lake Charles.

That was the word from Shawn Wilson, the secretary of the state Department of Transportation and Development, according to a Saturday report in The Advocate. The newspaper said the $600 million would theoretically come from a $150 billion mega-project fund approved in a bipartisan vote by Congress in August.

The money is part of the $1.2 trillion infrastructure package. U.S. Sen. Bill Cassidy supported the legislation. U.S. Sen. John Kennedy, also a Republican, voted against it.

The newspaper interviewed U.S. Transportation Secretary Pete Buttigieg, who was at the Essence Festival of Culture in New Orleans. Buttigieg said he doesn’t have any news yet for state officials and residents clamoring for approval of their favorite projects.

Wilson made his comments in a separate interview. He said Buttigieg has the ultimate discretion on mega-projects, and he had a good interview with the transportation secretary.

The Advocate said Louisiana legislators and Gov. John Bel Edwards allocated $200 million from the state’s construction budget for the Lake Charles bridge. State Sen. Mark Abraham, R-Lake Charles, earlier said there is now $400 million in state funds for the bridge. It is expected to cost at least $1.5 billion, according to Wilson.

Wilson also said it’s too early for the state to seek a big pot of federal dollars for a new bridge at Baton Rouge that will cross the Mississippi River. Officials haven’t picked a final bridge crossing site for three locations.