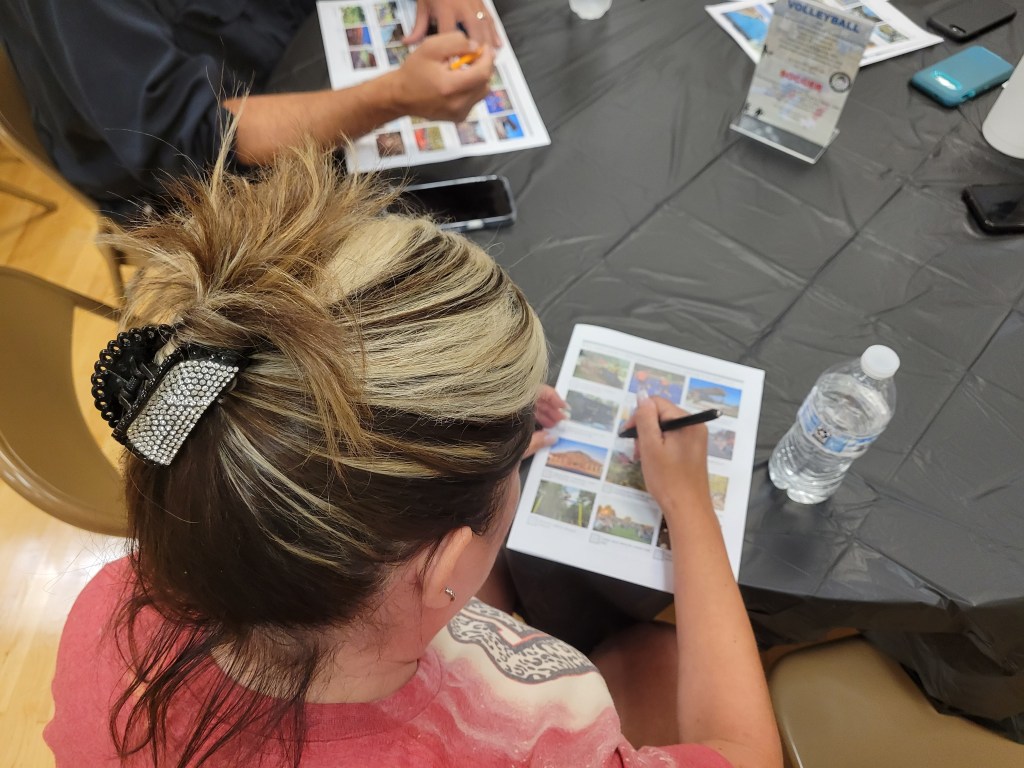 Local residents suggest words to narrow down the overarching character of Sulphur and score components that could be included in the Center Circle Park redesign. (Rita LeBleu / Southwest Daily News)

About 50 residents took Sulphur Parks and Recreation up on its invitation to help influence the design of Center Circle Park, off Maplewood Drive.

All three concepts presented by The Duplantis Design Group at the July 12 charette prominently featured a swimming pool.

Danos said participants were free to express what they may or may not like about each plan and a final plan could reflect those comments.

One resident expressed a desire for something simpler that might cost less to build, stay affordable for residents to use, and thereby take less time to complete. A couple said they hoped for a new community center, which was also a voting precinct.

Some expressed concern about the safety of some of the aspects of the designs. Water features proposed did not appear to be fenced in. They wondered if lifeguards would be needed to supervise some of the water features, because lifeguard recruiting was an ongoing challenge for SPAR.

Residents Tom Baldassari and Danny DiPetta said they live in the Center Circle Park area and they were hoping for a much scaled down version of the SPAR Recreation & Aquatic Center at 933 W. Parish Road, particularly an area with free weights and a treadmill.

The meeting did not include any discussion of the cost.

Participants completed a Center Circle Design Values Survey, rating what best captured their vision of a community park, imaginative and themed playgrounds or a tropical lazy river waterway, for example. Were open green spaces for play and activities important to them? Was it the depot-style community center for community gatherings that caught their eye?