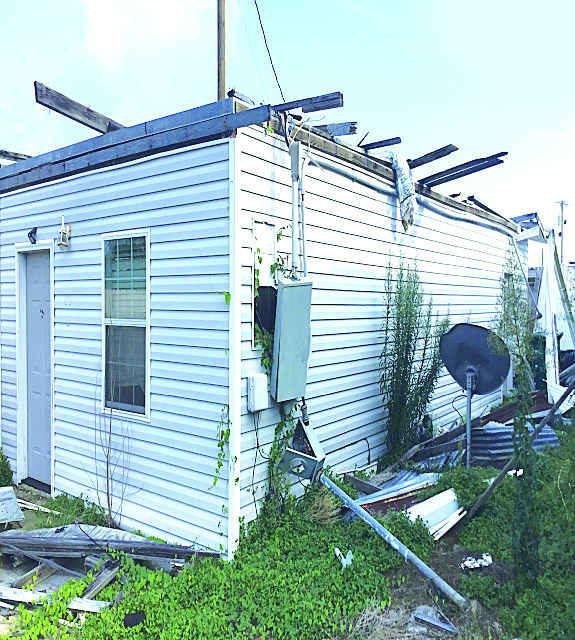 828 Martha St. is one of the properties slated for future demolition after Monday’s Westlake City Council meeting. (Special to the Southwest Daily News)

The Westlake City Council started the process for demolishing residential properties that are unsafe and unsightly at the Monday monthly meeting.

Vernon Meyer, the city’s engineering consultant, said John Stine Road is not open, as he stated at the June City Council meeting.

Meyer said John Stine is formed up, but they haven’t finished.

“It still hasn’t been officially opened up,” he said. “The state will “core” the project to make sure the concrete is in compliance.”

Sergeant Summer Menard was promoted to Lieutenant upon the recommendation of Police Chief Chris Wilrye.

A resolution authorized Interim Mayor of Westlake Dan Racca to execute the certificate of substantial completion of the work performed by William Equipment Services for the 2017 LCDBG Foster Lane and Jones Street Sewer Extension.