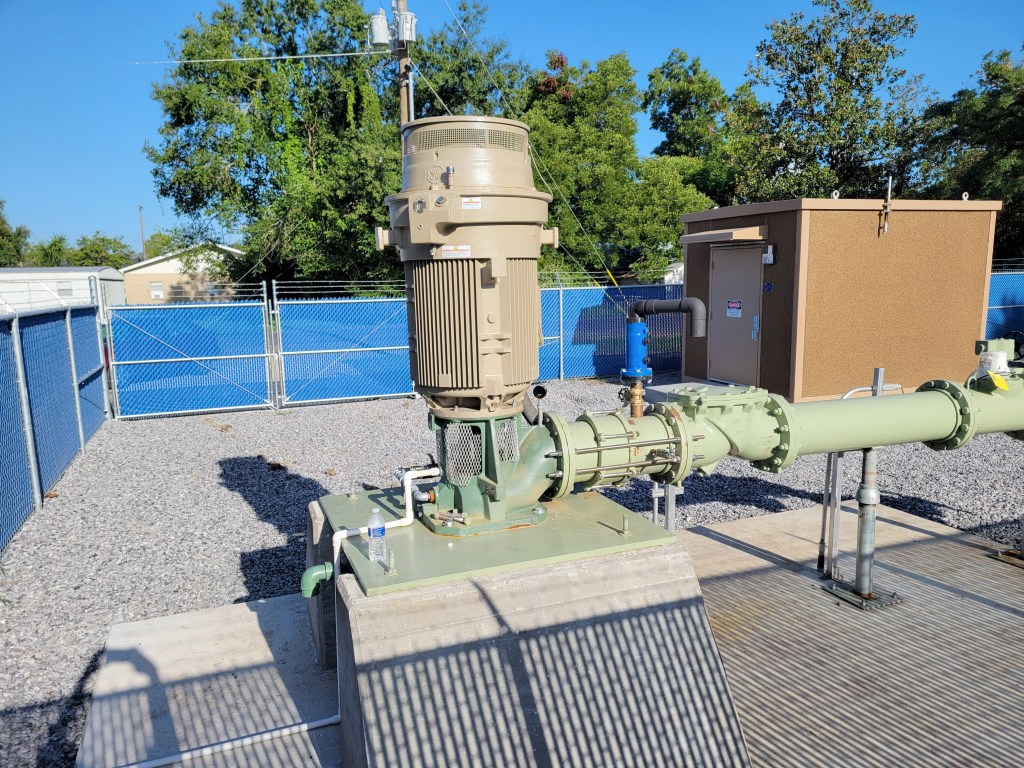 The well is located near the Sulphur Police Station has been installed for sometime, but it couldn’t go online to give the Verdine plant four active wells.

“We were held up waiting for a control panel and that delivery was delayed because of supply chain issues,” Danahay said.

When the city received the part, it was installed, but when it was pressured up for Louisiana Department of Health Testing, city workers encountered a pressure issue, which the mayor assured is not related to the new well.

“It’s possible that we have a valve closed and we’re working to rectify that,” he said.

Danahay said that the new well will feed the Verdine plant, giving the city four active wells. Not all four wells will run all the time. Typically, only two or three will run. The idea is to have backup wells as needed.

“In hot weather, we might run three,” Danahay said.

As for an update of possible candidates to fill the opening left when Sulphur Police Chief, Lewis Coates gave his notice earlier this month, Danahay said there is no news yet. Interviews for a new police chief can’t start until late August.

“The state civil service exam is set for August 24. We can’t begin interviews until after that test date. That’s when we find out who the eligible applicants are. In the meantime, the Interim Police Chief is Larry Guillotte.

Guillotte, who has over 20 years on the force, will not be interviewing for the position.