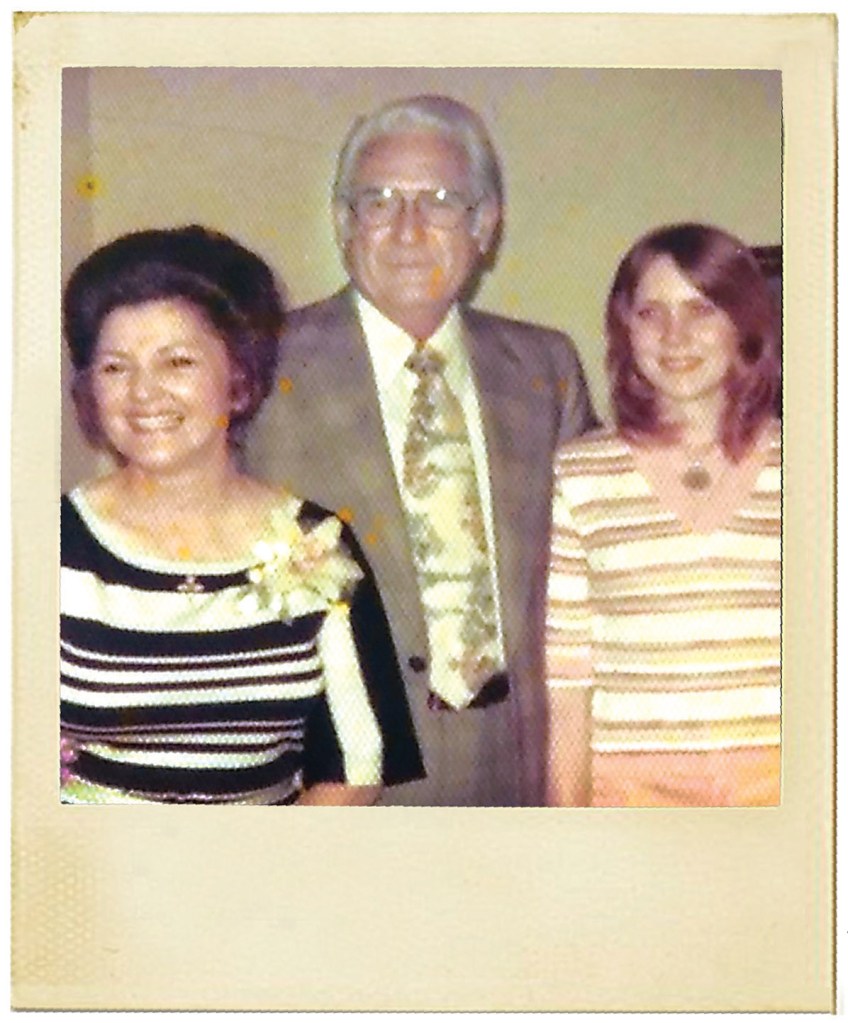 Rebecca Browning at 17 years old with her adoptive parents Lillian Beale and Thomas “Buff” Beale. (Special to the American Press)

Living almost seven decades without any information about her birth, Rebecca Browning never thought she would learn more about where she came from.

Now, thanks to a bill passed during the 2022 legislative session, Browning is able to access a key to her past.

House Bill 450, now Act No. 470, took effect Monday, and it allows adopted persons 24 years of age or older to obtain a copy of their original birth certificate.

Browning was adopted at six months old from Catholic Charities in New Orleans. She grew up in Baton Rouge and remembers a fairytale kind of life spent playing in the front yard with her sister, dancing with her parents in the living room and roasting marshmallows in the fireplace.

As much as Browning adored her adoptive parents and her life, she is excited to know more about portions of her life left unanswered.

Act No. 470 creates a simplified process, allowing an adopted person to request a copy of his or her original birth certificate from vital records without the costly burden of going to court.

The law also allows the relinquishing parents to file a contact preference form, included in an adoptee’s request for their original birth certificate, specifying whether they want to be contacted.

Several bills mirroring House Bill 450 were brought before the Legislature in the past but failed to become law.

The new law, authored by Rep. Charles Owen, R-Fort Polk, received a majority of votes in both chambers and survived hours-long debates in committee hearings.

Some lawmakers voiced concerns that the bill did not respect the privacy of birth parents and opened the door for unwanted reunions.

Getting the bill through the Legislature was a task that Elise Lewis, a lead advocate with the Louisiana Coalition for Adoption Reform, described as a marathon.

“It’s not like we walked in going, ‘Oh, this is gonna be a piece of cake,’” Lewis said. “We worked really hard and spent many hours talking to legislators and answering legislators’ questions.”

Jeanette Livingston, chair of the Louisiana Adoption Advisory Board, worked alongside Lewis in advocating for the bill.

Livingston, sharing her view as a mother who relinquished rights to her child, emphasized that the bill was about adult adoptees who deserved to learn more about themselves and not about the birth parents.

“I just really think that they needed to hear our point of view,” Livingston said. “It should be a personal choice for the adoptee.”

Lewis, who was adopted herself, believes the new law solves a huge inequality for adoptees trying to access something as simple as a birth certificate.

“ For me, just having that birth certificate, seeing all the information on it, it’s the truth,” Lewis said. “It’s your truth. It’s your beginning. I think everyone is entitled to the truth of their origins, plain and simple.”

While someone’s place of birth and birth name may seem like basic information, it is an invaluable piece of knowledge to adoptees like Browning.

Browning described growing up wondering where she was born and what traits she inherited from her birth parents. “When you’re adopted, you’re like, ‘Where did I come from, you know, and sometimes you think who do I look like,” Browning said.

Lewis, who works as a genealogist, knows firsthand how interested people are in learning where they came from and if they descended from pioneers or royalty, for example.

“If a non-adopted person finds it super important to know those things, it is even more so for an adopted person because they know nothing,” Lewis said. “So having the ability to access the document that records our birth, that has our truths on it, is mind-boggling.”

Louisiana is the 11th state to pass a law restoring adoptees’ rights to access their original birth certificates, and Lewis hopes that the state will set an example for its neighbors to follow.

“This is a chance for Louisiana to shine,” Lewis said. “We’re hoping that Mississippi and Texas will look and say, ‘Wow, look what Louisiana did, that’s awesome.’ Let’s treat adopted people equally.”

Eager to fill in the blanks of her past, Browning already sent a request for her birth certificate and is elated to know other adopted people can have a complete understanding of who they are.

“When I was filling out the paperwork a week ago to send to vital records, I cried,” Browning said. “There were just so many emotions that this was going to happen, and that we would feel like we came from someone, and we would know who they were, and it’s been very exciting.”