No mistake, it’s time to be physical, Sulphur, St. Louis want to flex their muscles in jamboree 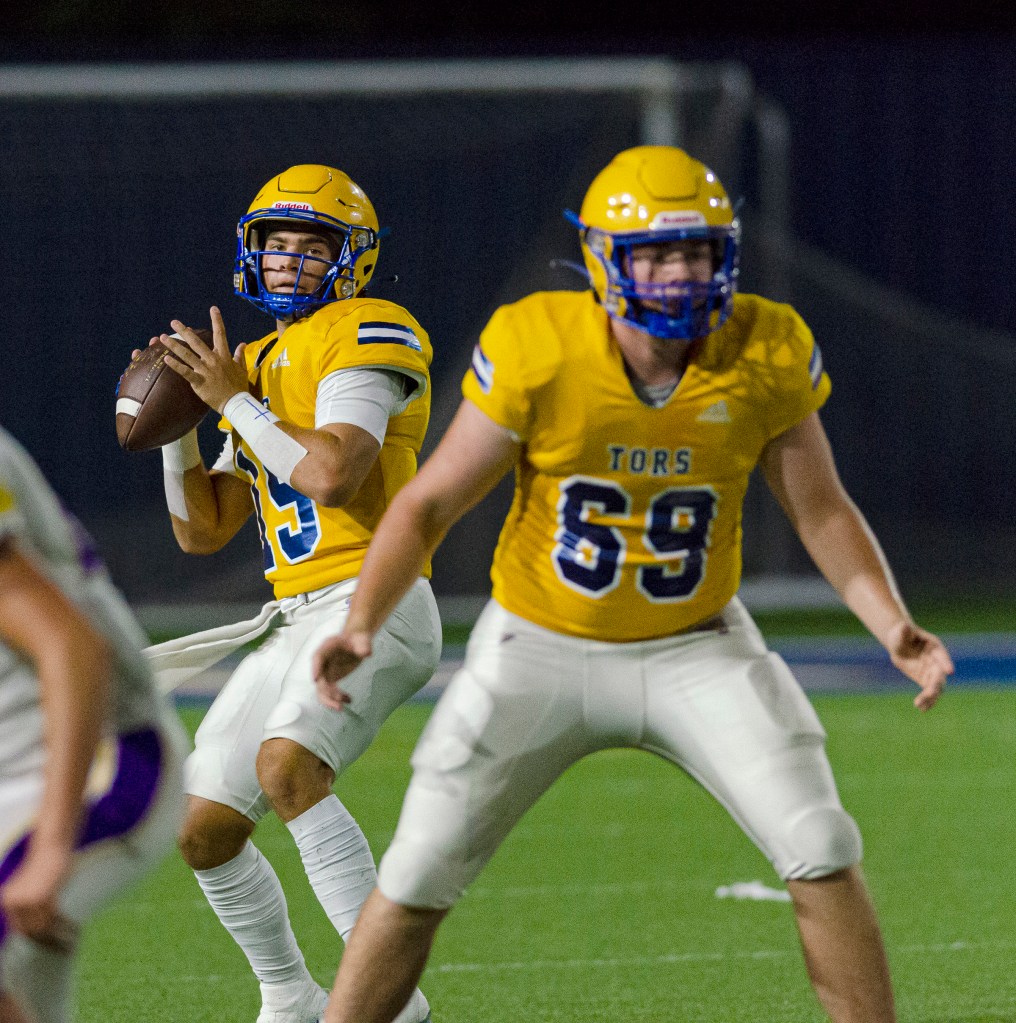 If there is such a thing as a perfect time to make a mistake and correct it, it would be today as area teams close out the preseason before the start of the high school football season next week.

“Between operations, execution, being physical and all of those things, we have to get all that worked out this week,” Sulphur head coach Chris Towery said.

The Tors will play St. Louis Catholic in the middle of three games at 6:30 p.m. in Sulphur. The first game will feature Washington-Marion and Grand Lake at 5 p.m. while LaGrange will take on DeQuincy at 8 p.m.

In Moss Bluff, Vinton and Pickering will kick things off at 5 p.m. followed by Barbe and DeRidder at 6:30 p.m. Sam Houston will play Westlake at 8 p.m.

The Tors and Saints says they are looking to be more physical.

“We are not really worried about the outcome,” St. Louis head coach Brock Matherne said. “We are worried more about the process. Our goal is just to get better and continue to build a physical brand of football.

“If there’s one thing that it has been, it has been physical for sure. Our kids have really bought into the brand of football we want to play and we believe we can be successful here at St. Louis Catholic. The main thing with us is staying healthy and continuing with our mentality of being a physical football team.”

“I think we have to be physical on both sides of the ball,” Tower said. “We haven’t been as physical as we need to be at times.

“I thought we threw and caught well at the DeRidder scrimmage. We threw for a lot of yards. We didn’t take stats, but I would guess we threw for 250-275 yards. We ran the ball well at times. Defensively, we have to shore some things up in the secondary, making sure that we are covering people and the things we are supposed to do.”

It is difficult to simulate live games in a practice, so Towery says he sees today as a good opportunity to see everything as it will be next week.

“This is the first time we will be totally off the field with them,” Towery said. “On Thursdays we do a situational script to try to simulate that whole thing — coming on and off the field, offense runs X amount of plays and they score, PAT comes on, we simulate the interception or sudden change. We try to practice those things, but until you do it for real that is the most important thing about this.”

Matherne says he wants to see a quick start.

“We had a lead early on in a couple of games (last season) and didn’t finish real well,” he said. “As the season went on, we competed real hard, and I was happy with that, but I felt like we kind of tired out mentally. We want to start fast and put teams on their heels and then finish them off.”

Also today, Jennings will host a four-team jamboree. Iowa plays South Beauregard at 6 p.m. and the Bulldogs take on 2021 Class 2A runner-up Many in the second game.