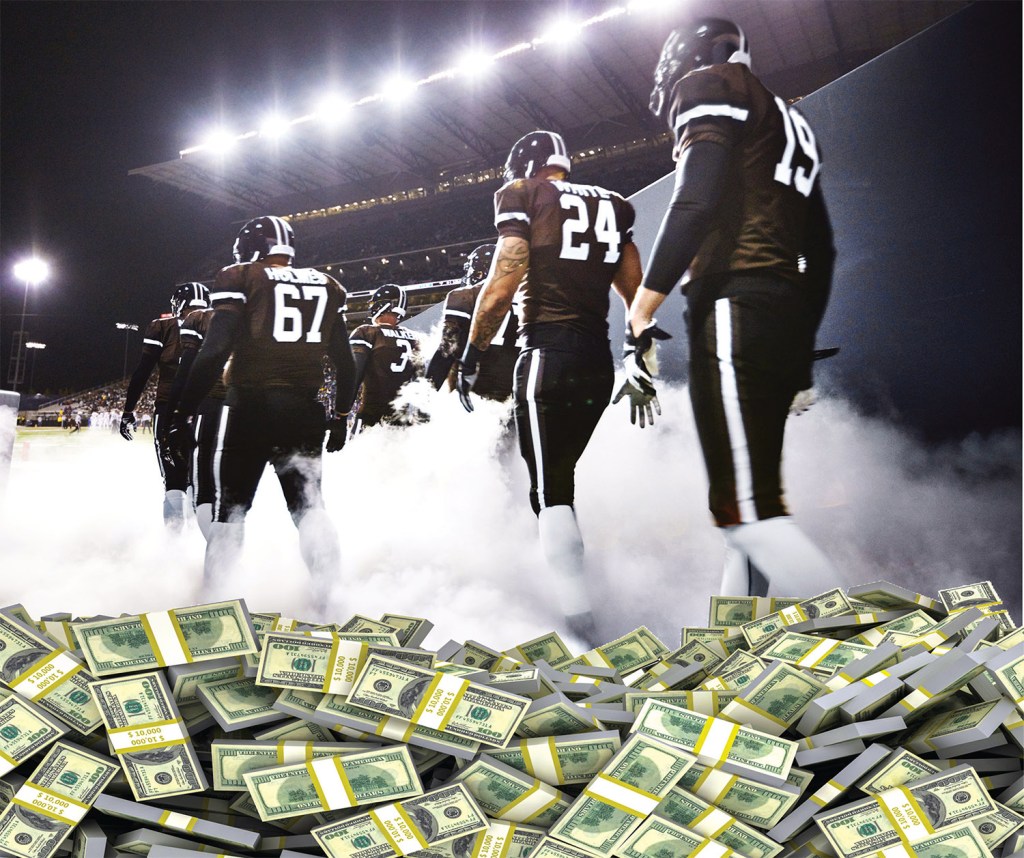 To date, $1.4 billion has been wagered in sports betting. Through the month of July, $16.5 million has been generated for the state. (Metro Creative)

The gaming industry, which now includes sports betting, brings more money into the state budget than any other private industry, according to Ronnie Johns, chairman of the Louisiana Gaming Control Board. Johns made that announcement when he gave an overview of gambling’s impact to the West Cal Chamber of Commerce in Sulphur.

“Most of us grew up recognizing oil and gas as the king daddy of state revenue,” Johns said. “That’s what drove the state budget. When I got into the Legislature in ‘96, that’s what we relied on. When oil went up $1 a barrel, that was another million dollars for the state budget.”

The gaming industry, unlike other industries, does not receive tax breaks. Johns noted that Sasol was able to get $115 million in tax incentives for its $15 billion project and “it was worth it.” However, when the two Lake Charles casinos were built for a combined investment of about $1.9 billion, those businesses weren’t eligible for industrial tax exemptions, quality jobs tax credits or enterprise zone credits. Caesar’s Horseshoe Casino, still under construction in Westlake, is a $200 million investment.

Johns said overall perceptions about the industry are evolving. It might have been a mob that put Las Vegas on the map for gaming, but today it is a highly regulated business run by MBAs from Wharton, Harvard, and Notre Dame.

Voting trends are changing, he said.

“A lot of parishes voted against video poker,” he said. “Nine out of 64 parishes said no to sports betting. “Every form of gaming was voted on, according to Johns. Not one form was forced by the Legislature.”

In Louisiana, most casinos pay 27 to 28 percent when local taxes are factored in. Direct employees total 26,000 for the state. Local governments decide how their percentage is allocated.

“The Golden Nugget and L’Auberge Lake Charles lease property from the Port of Lake Charles, dedicating money back into the local entity,” Johns said. “For video poker revenue, 75 percent goes to the state and 25 percent goes to the local government from which it is derived. With sports betting, 10 percent of the state revenue is dedicated back to local governments in the 55 parishes that voted for it. In Calcasieu Parish, for example, the Police Jury can decide whether to split it among local cities if it wishes to do so by a formal agreement.”

Harrah’s (in New Orleans) has a minimum of $65 million in taxes annually. Daily, $178,000 is transferred to the state’s treasury.

Johns said the Lake Charles market with only two casinos at this time, brings in $15 million more with its two licenses than the five licenses in the Shreveport-Bossier Market, combined.

To date, $1.4 billion has been wagered in sports betting. Through the month of July, $16.5 million has been generated for the state. Seventeen of the 20 licenses have been awarded, and another will be awarded to the Horseshoe Casino when it opens later this year in Westlake. The license fee is $750,000, nonrefundable.

The city of Lake Charles is part of a local municipality government pool that splits gaming tax revenues between a few different local agencies, like the Calcasieu School Board, McNeese State University and Sowela Technical Institute. For fiscal year ending, Sept. 30, 2021, the city’s portion was $7.8 million. The Calcasieu Parish Police Jury’s portion was $7.6 million.