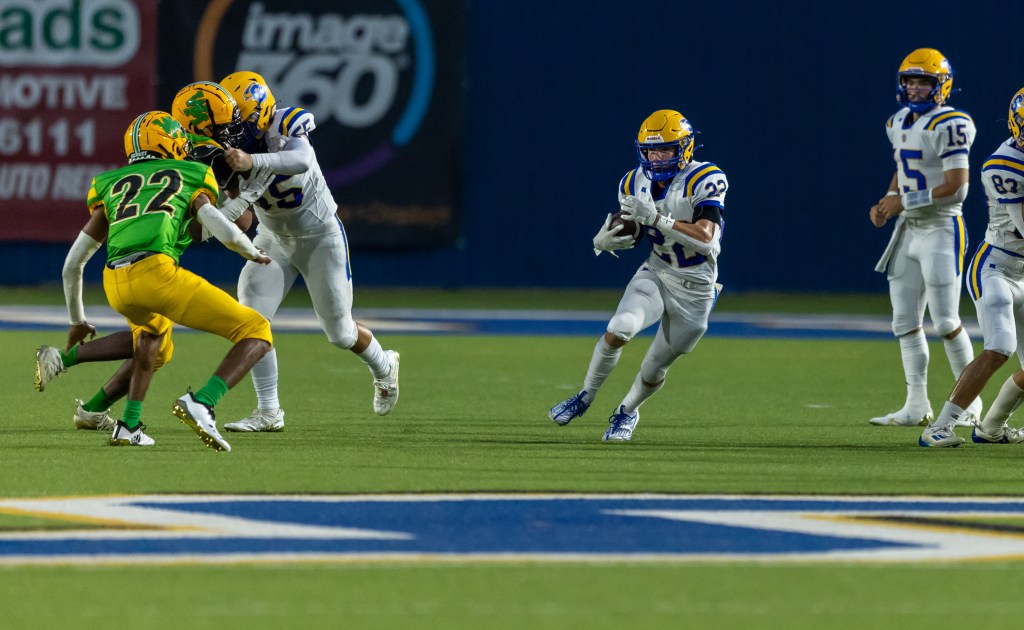 After a rough three-week stretch, Sulphur Tors see Friday night as an opportunity to turn the season around when they host Sam Houston at Matt Walker Memorial Stadium.

The Tors are 1-3 for a second consecutive season. They responded to the challenge in 2021 by winning five of their final six regular-season games, something head coach Chris Towry said he hopes the Tors can do again.

“We just kept plugging away and playing,” Towry said. “That is the message to the kids right now.

“We try to fix the things that we need to fix, and we hope those kids bring those things into the ballgame. We have to come out and take responsibility for our play and do what we need to do. Hopefully we can get in that same mind-set (as last season). We told the kids this has got to be a turnaround week.

“If our kids show up with the mentality that this is a turnaround week and that we can do the things that we need to do to be successful, I have no doubt in my mind that this is going to be a heck of a ballgame.”

“Sulphur has a pretty good football team,” Sam Houston head coach Chad Davis said. “They are 1-3 right now, but they have also played three teams in the district that are pretty good.

“They have some really good players over there and I expect to get the best Sulphur football team that they have.”

Towry said he’s looking for improvements on the offensive side after the Tors were shut out for a second time this season.

“We have to be better at execution on offense,” Towry said. “We have to run the football a little better. That is what we are working on and cleaning up some things that we can’t get away with.

“We have to play almost to perfection execution-wise on offense. That is also going to help the defense out and get them off the field.”

Sam Houston (2-2, 2-1) is back to .500 after a two-game win streak that started with a double-overtime win over rival Barbe.

“I think it is just confidence,” Davis said. “The kids started having some success, having some fun and believing that they can do it.”

Sam Houston has picked up the pace on offense, averaging 333 yards and 54.5 points over its last two games.

“The tempo has picked up a little bit on the offensive side. You hate to go back to calling them young,” Davis said. “I think they are starting to mature and play at a higher level and with more confidence.”

Barbe (2-2, 0-2) will travel to St. Martinville to take on the Southside Sharks looking to build on its 42-0 road win over Pineville in Week 4.