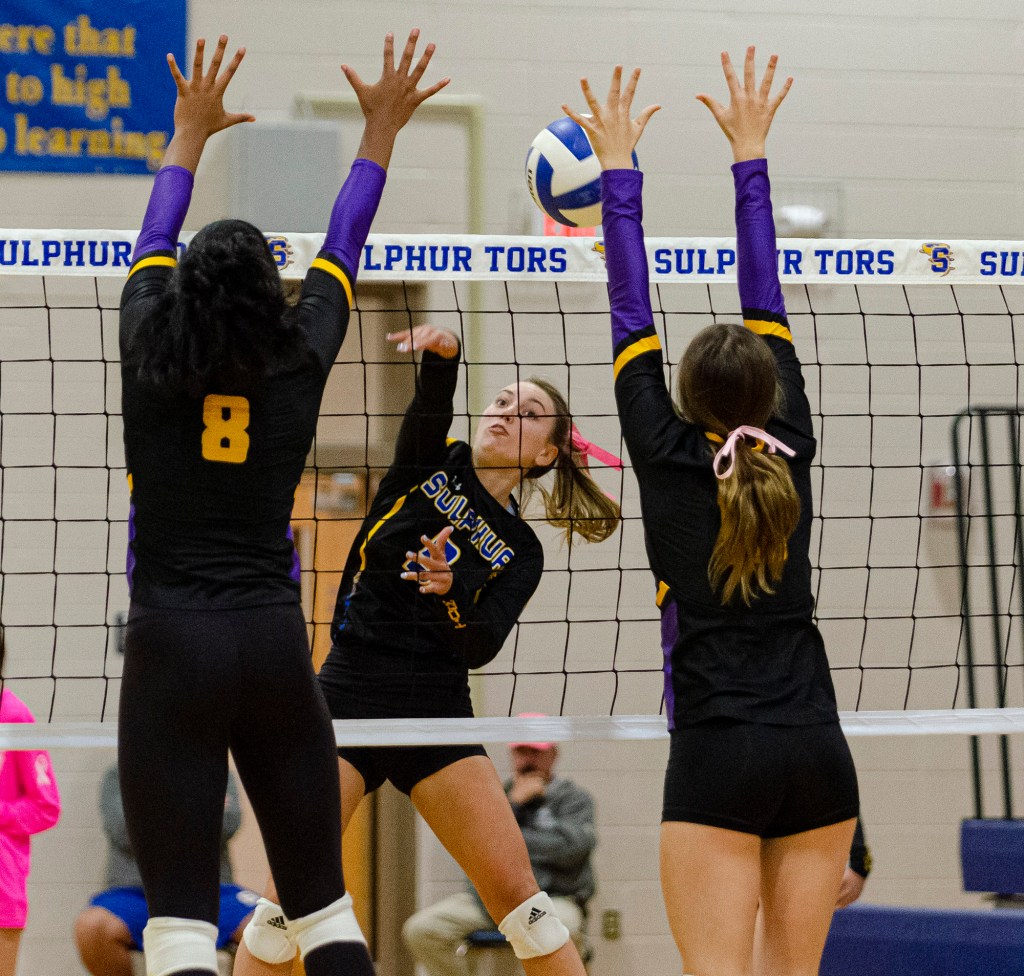 SULPHUR — Sam Houston forced a three-way log jam at the top of the Division I, District 3 volleyball standings Thursday with a five-set marathon win over rival Sulphur.

The Tors entered the game with a chance to secure a share of the district title after another five-set match Tuesday when they handed Southside its first district loss.

Sam Houston has won six of its last seven games and is ranked fourth in the unofficial Division I power rankings. Sulphur, ranked 10th, saw its six-game win streak end.

Sam Houston is 3-1 in five-set games.

Sam Houston led by two twice early in the first set, but Sulphur went on an 11-0 run to take an 18-8 lead. The Tors took their first lead on Libby Benoit’s ace and got a pair of kills from Finli Dennis during the run, and the Tors won the set 25-17.

The third set was a wild one with Sam Houston pulling out a 35-33 win. Sulphur evened things up with a 25-23 win in the fourth set before Sam Houston won the fifth 15-13. 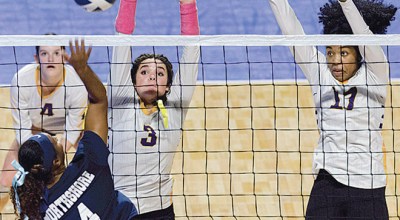 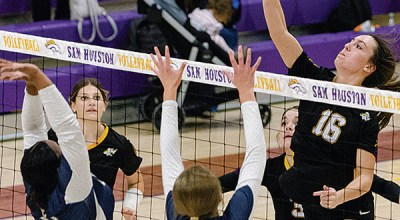 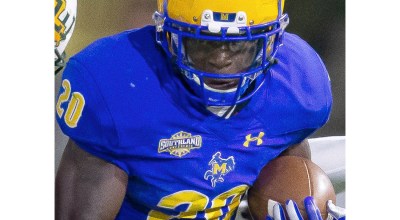 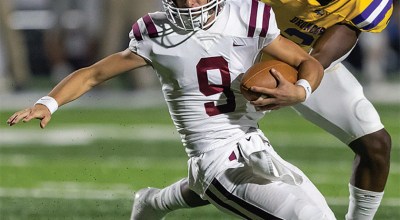