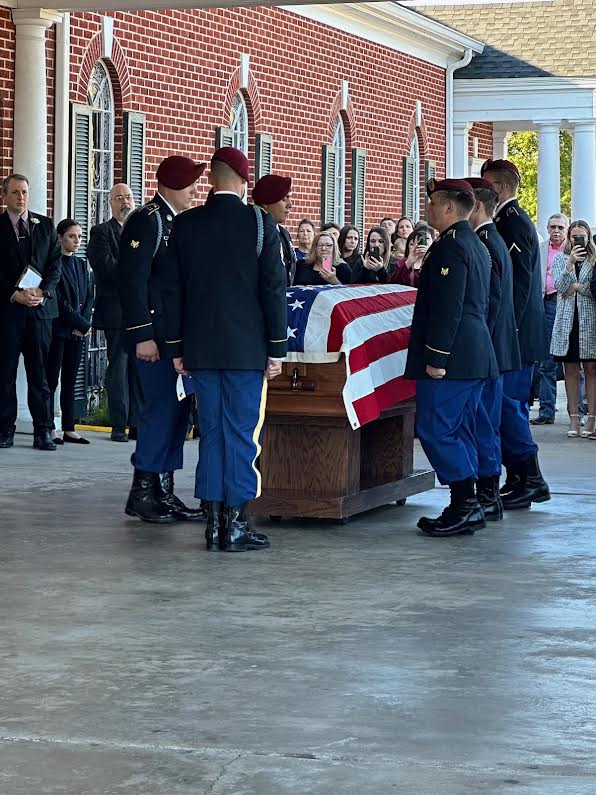 Westlake City Council, administration and law enforcement honored the passing of former Westlake Mayor Dan Cupit with a procession on Tuesday. Cupit died Wednesday, Oct. 13, at the age of 82.

His life of service was celebrated Wednesday.

The burial included a 21-gun salute from the Fort Polk Honor Guard.

He served four terms on the Westlake City Council. He was Mayor of Westlake from 2007 until 2014.

He was a coach, teacher, administrator and counselor in the public school system.

“His service went above and beyond,” said Westlake Interim Mayor Dan Racca.

At the Calcasieu Parish Police Jury Meeting, Randy Burleigh, District 14, said he was the “pride of Pitkin.”