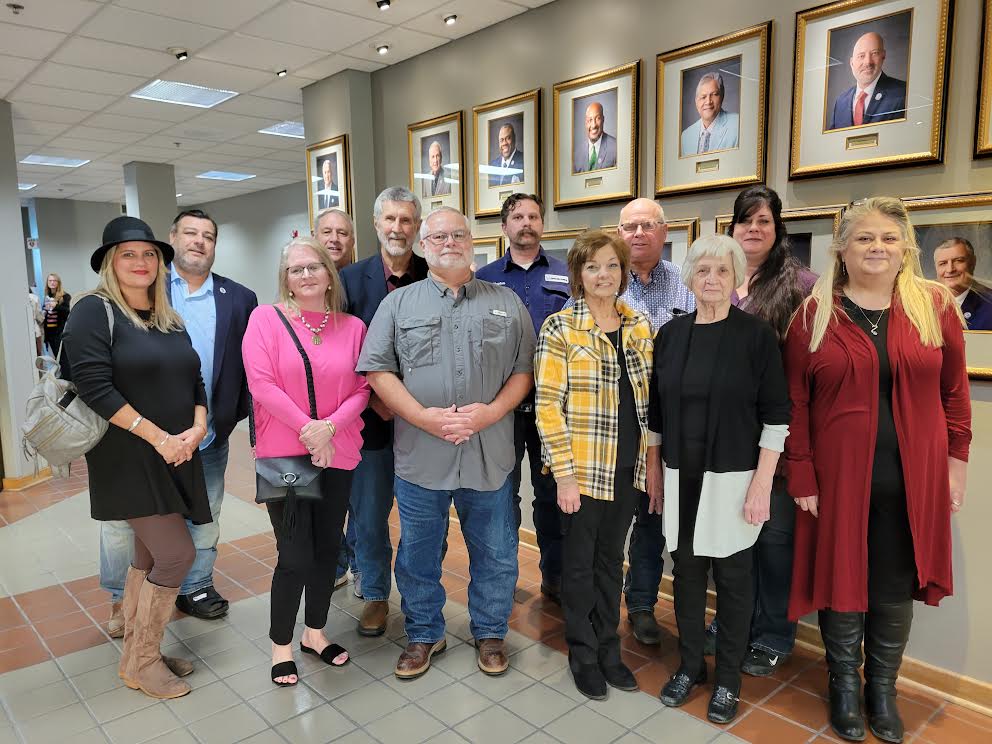 Friends and family attended the Thursday Calcasieu Parish Police Jury meeting to receive official condolences on the passing of Harry Methvin of DeQuincy.

“Every now and again, we have the opportunity to meet someone who changes our lives,” said Tramonte. “He was my high school English and shop teacher at St. Louis, and I can truly say he changed me and he remained a mentor and friend.”

When Tramonte’s dad died, Harry was there. When his wife was ill, Harry showed up out of the blue to say that he just had a feeling that Tramonte might need someone to talk to. The night Tramonte was elected as a Police Juror, he got a call from Harry saying that he knew Tramonte had it in him.

“He loved us all,” Tramonte said. “He didn’t have any favorites.”

“He invested his time in people,” Pierre Fontenot said, a half-day here and another hour there. Any other person might see that as time wasted, not Harry. He was one of the most unique citizens our parish has ever produced.”