Donald Greenwood is the king of car show jambalaya 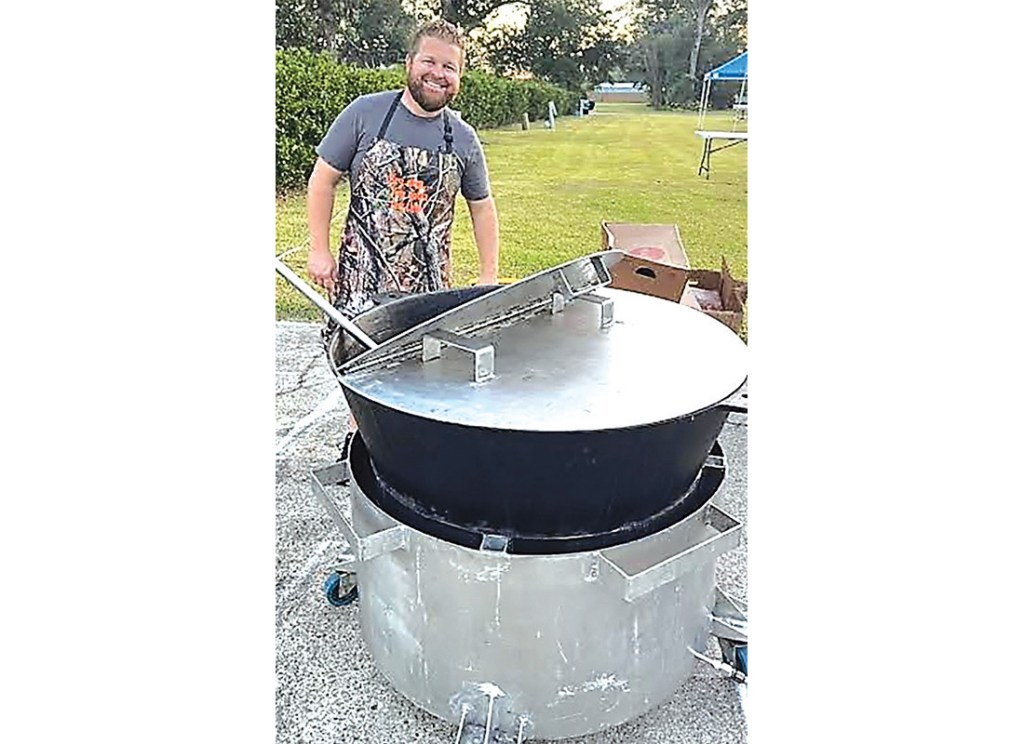 Donald Greenwood mixed up his latest batch jambalaya last weekend for the Sulphur Lunchtime Rotary Club to serve at the Stars and Stripes Car Show. (Special to the American Press)

the festival experience. At the Sulphur Stars and Stripes car show held last week, the jambalaya was second only to the cars, trucks and motorcycles on display. Every year, for the last 10 years, the Sulphur Rotary Lunchtime Club has called on Donald Greenwood to make it.

The man wears many hats, and none of them the touque, which is the traditional, tall, white pleated chef’s hat. He’s an electrical contractor by day, and it was during his electrical apprenticeship that he realized the power of food.

“When I was working on my apprenticeship, taking night classes, I worked during the day at B&O Grocery,” Greenwood said. “I’d take my teachers fresh sausage and boudin that we had just smoked that day and the way those teachers enjoyed it, I realized I didn’t have anything to worry about. I learned the fastest way to win friends and influence people is with good food.”

There are as many ways to make jambalaya as there are to make Thanksgiving dressing. The dish in its first form was probably an attempt to stretch available resources.

For Greenwood, choosing the right, locally-smoked meats is paramount.

“I only use locally-smoked meats,” he said.

He now has a 75-gallon pot for his endeavors and a custom-made burner designed and built by Sulphur Sheet Metal.

It was from his grandmother Ruby Greenwood that he learned to cook, beginning with scrambled eggs then graduating to lessons that took more time.

“I helped her make and roll out the dough for chicken and dumplings. We made cornbread dressing.”

He cooks at home, but generally not jambalaya, at least not as much as he used to. Old-fashioned pork backbone fricasse is a family favorite.

His wife, Hollie, a second grade school teacher, “leaves a lot to be desired in terms of kitchen skills,” Greenwood said. “She’ll tell you she’s not the cook, but I will say she’s come a long way in the 17 years we’ve been married.”

When asked if he’s changed the way he cooks based on new, healthier substitutions such as brown rice instead of white or adding more vegetables, his answer was, “Absolutely not.”