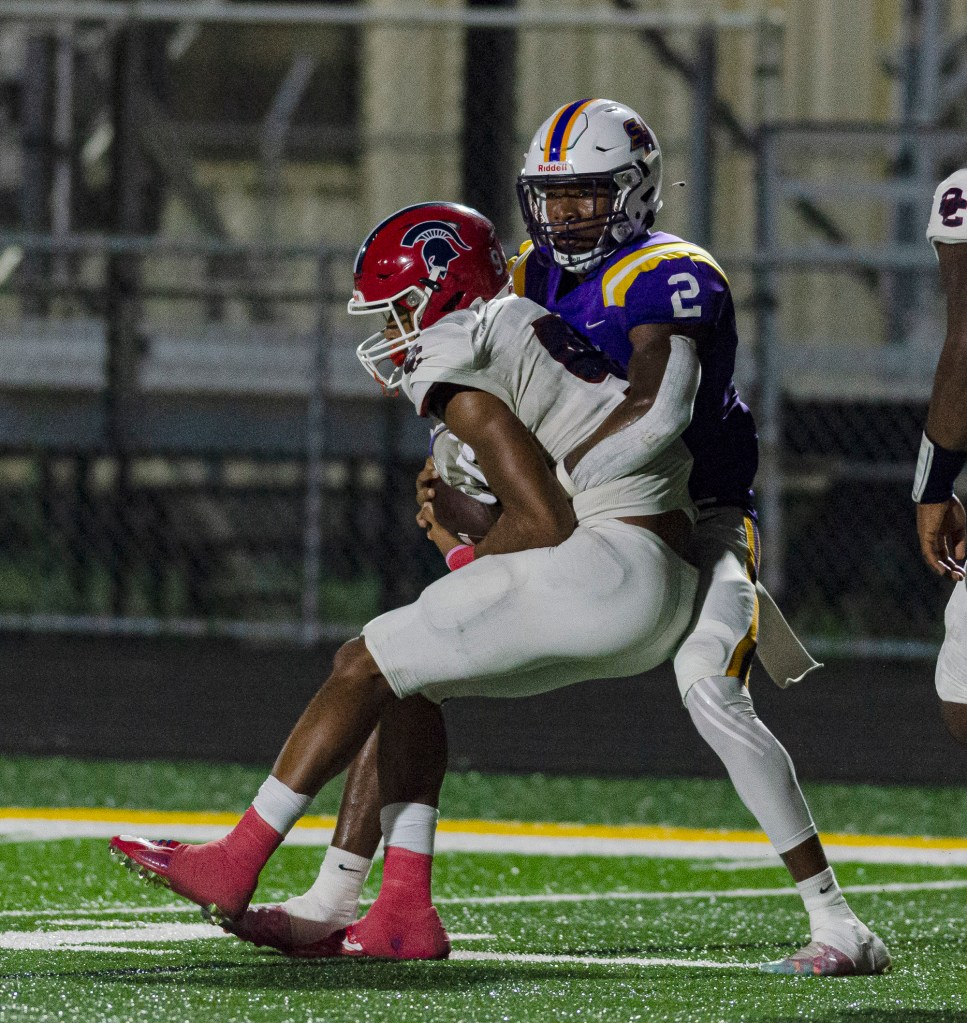 Nondistrict games late in the season are usually a headache.

It can be a struggle to find a team that matches up with the same open week and avoid a bye week that could disrupt any late-season momentum.

But for the Sam Houston Broncos, their nondistrict home game today against Class 3A No. 2 E.D. White (7-1) presents a huge opportunity.

“You never want to have a bye week this late in the season,” Sam Houston head coach Chad Davis said. “It is tough to find an opponent to play, but we were able to find E.D. White, and it is going to be a good test for us.

“Going into Week 9, I think we are playing really well. (E.D. White has) a good football team. This game can help us tremendously if we can get the win.”

Sam Houston (4-4) enters the game ranked No. 27th in Division I nonselect power ratings and .05 from dropping out of the top 28 and playoff eligibility. A win over the Cardinals would put the Broncos in a better position to make the playoffs for the first time since 2019.

“We have been keeping everybody’s spirits up and pushing the emphasis on understanding that you have two (games) left and you have to get one of them to get in. The kids have accepted the challenge, and they have had a good week of prep for sure.”

The Cardinals’ lone loss was to 5A Woodlawn-Baton Rouge in Week 4. Its wing-T offense has scored 40 or more points in four consecutive games and is coming off a 45-21 win over Berwick.

“They are a very technical football team,” Davis said. “They are going to come over here and give us everything they have.”

While Sam Houston gave up a season-high 72 points last week, Davis said defensive the unit will make the right adjustments this week.

“They are all playing well,” Davis said. “Wyatt Fontenot is kind of leading the way at the linebacker spot. He has quite a few tackles in the last couple of games. He is being vocal and playing well.

“We are asking Jamorion to play a few different spots and kind of be a role guy. The secondary is playing well. They gave up a few last week, but their confidence is still up. We just need the defensive front to come out this week and change the line of scrimmage for us.”