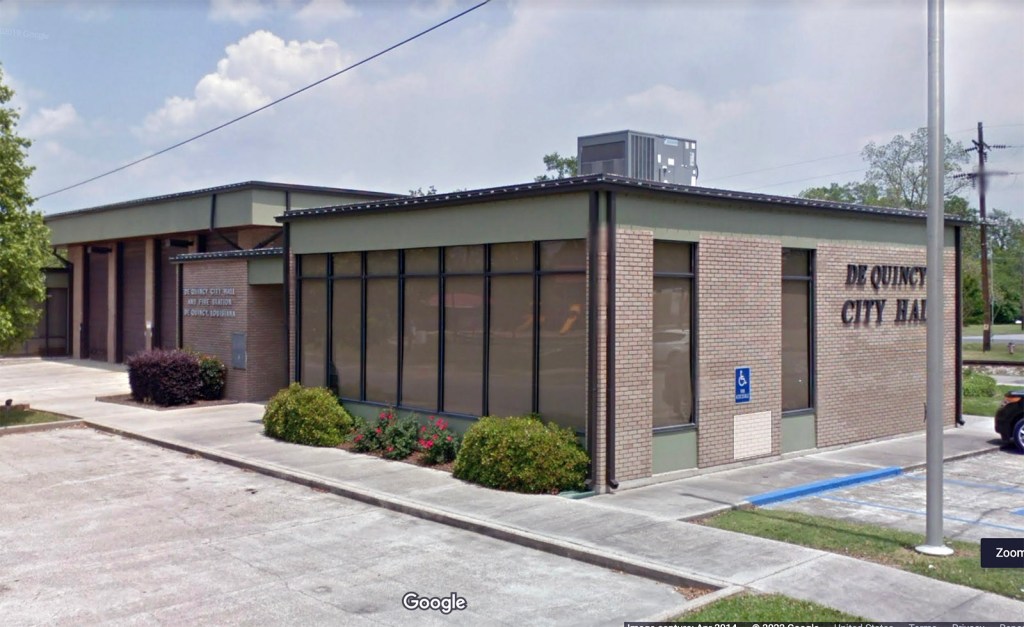 The state Department of Transportation (DOTD) and the U.S. The Department of Transportation Federal Highway Administration will spend $700,000 on the mile of roadway between the intersection of Louisiana 27 and Louisiana 12 (by Burger King) south to Richardson Road (100 feet north of the Kansas City Southern railroad tracks). The result will be a three-lane road with a center turn lane, north and south bike paths and a pedestrian crosswalk at the Douglas Road intersection. Sidewalks at city street intersections will be upgraded to Americans with Disabilities Act (ADA) compatible curb ramps. The marked midblock crosswalk will be added at the Booker/Douglas Road intersection.

A portion of this road currently offers four lanes, but will be three-laned.

Attendees were hoping the meeting would signal the beginning of a much larger undertaking, the four-laning of LA 27 from DeQuincy to Sulphur.

Lillian Karr, DeQuincy Chamber of Commerce Director, sent one of her first letters to the DOTD and other state officials more than 10 years ago, urging them to four-lane LA 27 between DeQuincy and Sulphur. Recently she circulated and sent officials a petition on the matter.

“I’ve been here a long time as an officer, and I don’t recall any accidental deaths between 12 and the Sale Barn,” said Jerry Bell, major chief of detectives for the DeQuincy Police Department. “Most of our deaths are from the Sale Barn to Houston River. Lots of them. It all has to do with people passing and stuff like that. Did you study the accidents and did you find any deaths related to accidents between the Sale Barn and say, Burger King?”

“We looked at a bunch of areas that had high crash rates or intersection roadways, like a birds eye view, a macroscopic view, and this was one of them,” Boudreaux said at the open house public meeting. “We did a cost benefit analysis based on the number of crashes and the cost to do the road diet. We could solve this at no additional cost to our normal budget, no money out of overlays, no money out of capacity (improve traffic capacity and reduce congestion and delays) projects.”

Boudreaux said money would come from safety funding, which is often underutilized. He reads crash reports not only from Louisiana 27 but all the crash reports from the five-parish region.

“Every time I look at a report, I hope to find something that I can do,” he said. “This is the rewarding part of this job, to make roads safer.”

Many crash studies were the result of driver error, he said. The project has the potential to reduce crashes and improve safety. He focused on “line of sight” improvements. Information distributed at the informal presentation said “road diets” can reduce rear-end and left turn crashes, give pedestrians fewer lanes to cross and provide the opportunity to install pedestrian and cyclist lanes.

“A smaller safety project like this is easier to get approved than something larger because sometimes people who have projects something happens, a delay, it gets pushed back and they’re looking for smaller projects to fund,” Boudreaux said. “It falls into a niche category.”

He said there are funding deadlines for every project. Funding can’t be saved and added to other types of projects. If this project is not pursued, it’s likely other cities would get funding.

Boudreaux assured attendees their concerns about LA 27 were heard. Studies have already begun and the DOTD is considering turn lanes. He did not know when such work would commence, but he did clarify that putting off this “road diet” would not help with future funding or help start work on possible turning and passing lane work south of the sale barn any sooner.

Bell agreed a pedestrian crosswalk on Douglas was long overdue. The road changes will give 18-wheelers a larger turning radius at the LA 27 and 12 intersection.

Work is tentatively scheduled to begin the summer of 2023. Weather depending, it could take up to three months to complete, and the goal is to maintain two-way traffic during the project, according to an email from John Guidroz, DOTD public information officer.