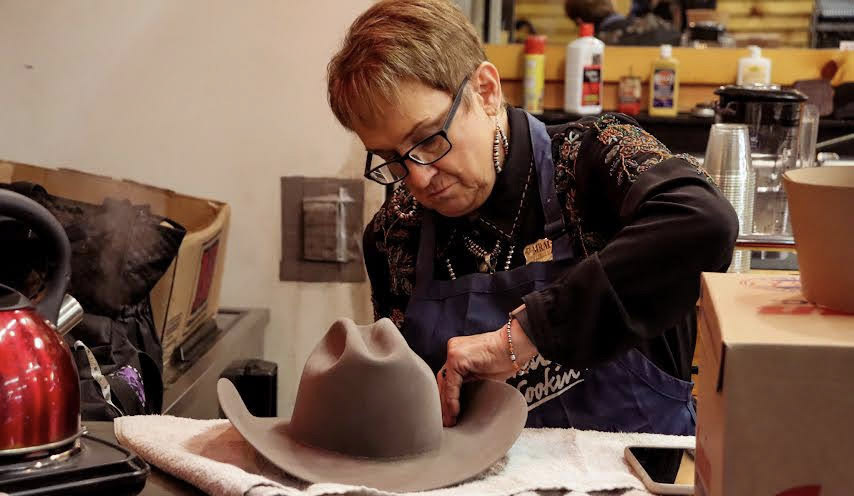 On Sunday, Dec. 4, Judy Gremillion Gill will take her place in the Miss Rodeo America Hall of Fame. Her induction and the coronation of the 2023 Miss Rodeo America will be held in Las Vegas in conjunction with the Wrangler National Finals Rodeo.

She hasn’t been in the rodeo arena for some time, busting out from the box like she did in 1968 when she won her first state high school championship in breakaway roping, and she’s never been crowned rodeo queen.

“I’ve only been queen once in my life, and that’s when I was elected to be junior-senior prom queen,” she said with a chuckle. “I know you’ve probably heard that all cowgirls are rodeo queens and all rodeo queens are cowgirls, but I’m here to tell you there is a difference.”

For over 40 years, she’s been active in Miss Rodeo Louisiana. helping women garner one of the richest experiences of their lives, a role she believes creates solid foundations for future endeavors. During these years, Angela Palermo was crowned Miss Rodeo Louisiana in Shreveport. Angela Palermo LeBuff’s daughter, Julia Claire Williams won the Miss Louisiana crown in 2021. Gill fondly remembers the crowning of Suzy Gillard Trahan, then a McNeese State student, as the 1987 Miss Rodeo America at the Thomas & Mack in Las Vegas, Nevada.

“Because my home was in Sulphur, I was able to move the Miss Rodeo Louisiana Pageant to Lake Charles and become part of the Southwest District Livestock Show,” she said.

In 1990, Gill made history when she became the first woman elected as president of MRA. Though the name has changed, the Miss Rodeo America concept was started by men in 1955, and was run by men until Gill took the helm.

It took some coaxing to get Gill to talk about Gill. The woman who describes herself as more of a cowgirl than rodeo queen is much more comfortable holding the spotlight than being in it.

“I might not be able to swing a leg over a horse like I used to, but this time last year I was going through breast cancer surgery. I’ve survived meningitis, Covid and there are still things I want to do and going to Las Vegas to accept this award is one of them,” she said.

She has loved animals for as long as she can remember, especially horses. She rode for the first time when she was in kindergarten. She is not from a rodeoing family, but she made friends with a rodeoing family in Leesville, where she grew up, the adopted daughter of Johnnie and Willie Stokes.

“I was just always drawn to it,” she said.

She lays the blame for her involvement in rodeo pageants at the feet of her Northwestern State college roommate, Nelda Robinson, the 1970 National High School Rodeo Queen who became a sister-in-law when the two married brothers.

“Somebody had to saddle her horse, hand her lipstick to her when she needed it and help her stay clean and pretty,” Gill said. “I told her that she needed to be in the spotlight, and she needed somebody to operate the spotlight. That somebody was me.”

In college, Gill had her eyes on a career in music education, and she was grateful for a $25 a year Northwestern band scholarship.

In 1980, she judged the Miss Rodeo Louisiana Pageant. That same year she attended her very first Miss Rodeo America Pageant in Oklahoma City, Oklahoma. During her tenure, she has seen many changes including the official affiliation with the PRCA and a significant increase in scholarships awarded to each contestant.

Gill is the current National Director for the State of Louisiana and serves on the Executive Board of Miss Rodeo America, Inc.

“This year Louisiana has been represented with style, grace and class by Miss Rodeo Louisiana Sydney Albritton of Downsville, Louisiana,” Gill said. Albritton will join 27 other Miss Rodeo title holders in Las Vegas to compete for the title of Miss Rodeo America.

Gill’s most often repeated advice to contestants is, “Be the best version of you, you can be. It’s your individuality that will help set you apart.”

Gill has modeled individuality and a solid, old-fashioned work ethic. In addition to serving on every MRA committee, she has served for 20 years as merchandising manager for various western retailers, and for the past 24 years she’s been employed with Turner Industries. She has two daughters and seven grandchildren. In her spare time she enjoys watching her grandchildren raise and show pigs.