The warming station at the Martin Luther King, Jr. Community Center, 2009 N. Simmons, Lake Charles, will open Thursday, Dec. 22 at 1 p.m. The station is scheduled to close on the morning of Monday, Dec. 26.

On Saturday, Dec. 24 and Sunday, Dec. 25, dial 211 between the hours of 8 a.m. and 5 p.m. for transportation service. This service is only available for those experiencing homelessness and in need of transportation to the warming station.

The City of Lake Charles and Calcasieu Parish Transit will also provide transportation assistance on Monday, Dec. 26 once the warming station closes.

“We are a church body not defined by neighborhood but by a love for Christ and people everywhere,” said Bath.

Residents will be asked to present identification upon arriving or, if they do not have identification, will be photographed for security purposes. Residents must pass security screening when entering and re-entering, including metal detection. No weapons, illegal drugs or alcohol will be allowed. No animals allowed. No children will be housed at the warming station. Families with children should call 211 for assistance in obtaining shelter during the freezing event. Special needs residents in need of assistance should also call 211.

Thanks to the generosity already extended by several charities and faith-based organizations, additional donations will not be accepted at the warming station site.

As extended freezing temperatures move in Sulphur Christian Community Coalition (SC3) is prepared. Doors will open at 6 p.m. on Thursday, Dec. 22. This warming center (501 E. Burton St., Sulphur) is not a shelter. It will be open from 6 p.m. to 7 p.m.

“We don’t know how many to expect,” Joanne Coleman, SC3 said. “It could be anywhere from two to 200, but we are prepared. That’s the toughest part of it. We have volunteers and everything in place.”

In January, Tarek Polite, Calcasieu Parish director of human services estimated the homeless population to be “between 50 to 150, maybe 200” for a media news outlet. He was stating the need for affordable housing, especially after the hurricanes.

Kelli Stawecki, Water’s Edge, estimated the homeless population in Lake Charles at around 60. 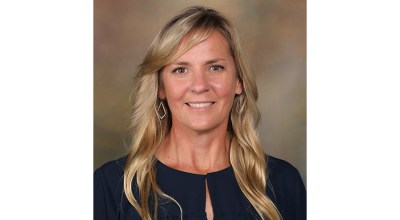